By EmmanuelManu99 (self media writer) | 2 months ago

Esther Kario, a mother of 5 was yesterday sentenced to 15 years in prison. This is after she was found guilty of the attempted murder of her husband. She had chopped off his husband's genitals. 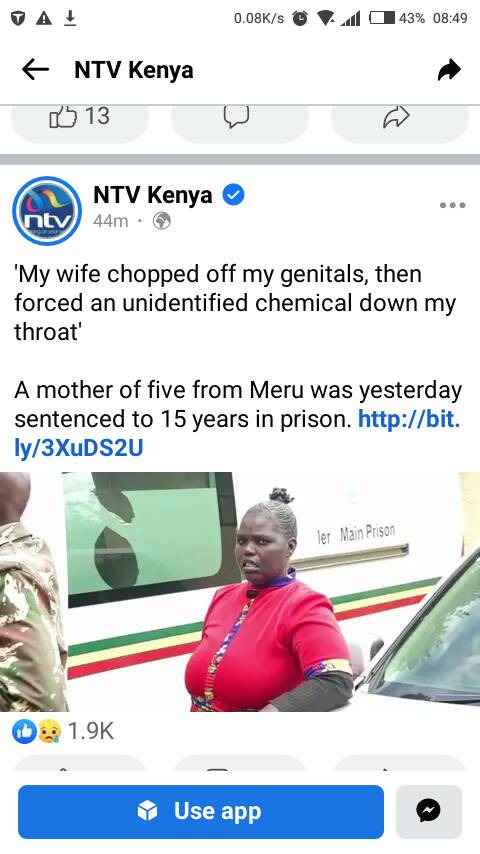 The case has been pending for one year now because Esther committed the offense on 19th November 2021.

Chief Magistrate Tito Gesora in his ruling said that Esther intended to kill her husband.

According to preliminary reports, the woman intended to kill her husband after he refused to divide his miraa farm.

The 60-year-old miraa farmer recounted how his wife strike his head and limb with a machete and then cut off parts of his private parts when he was writhing in anguish. 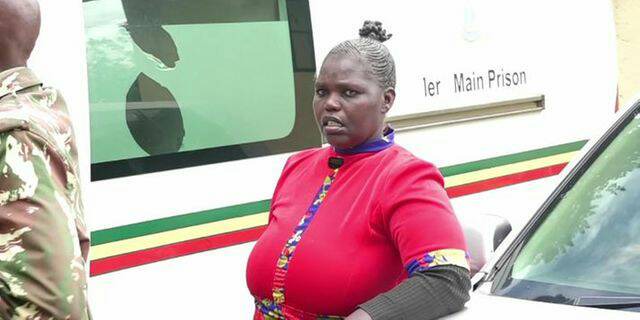 The husband also revealed to the court that his daughter was woken up by the commotion but was also hit and ordered by her mother to remain silent. However, she ran out and called for aid ad that's how her father escaped from the jaws of death.

A section of family members have however welcomed the ruling terming it as a lesson to those will such behaviors. Some of them who spoke to The Nation said that they were happy that justice had been found.

As a woman, even if you are angered by your husband, you should not target that part of the body. She should have reported the matter to a church for it to be handled there,” said a relative of the man.

Content created and supplied by: EmmanuelManu99 (via Opera News )