The Testimony of Dr. Johansen Oduor in Sharon's Murder Case Has forced the judge to dismiss the Media 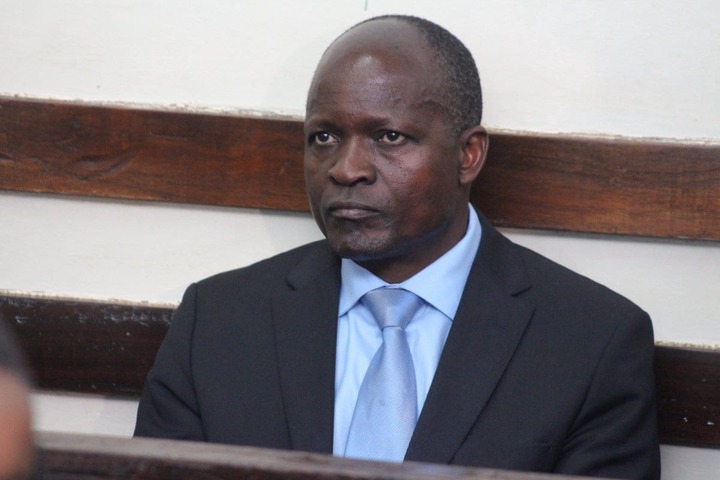 During the murder trial of Migori Governor Okoth Obado, his personal aide Michael Oyamo, and the Migori county clerk Caspal Obiero, journalists were asked to turn off their recording equipment.

As the court proceeded to view the horrific pictures, the prosecutor, SADPP Catherine Mwaniki, told the court that the press had been warned against sharing images of the baby and even Sharon Otieno. However, the attorneys for the accused objected to the prosecutor's position, claiming that the scene of crime officer should be able to explain the photographs.

Sharon's family lawyer agreed with the ODPP that the photographs exhibited would not be distributed by the media.

The judge, however, ordered the media to go off the air to prevent the photographs from being broadcast.

Sharon's corpse appeared pale, indicating a large loss of blood, according to Dr. Oduor, who was the first witness to testify before the Milimani Law Courts in Nairobi.

He also told the court that the foetus had a stab wound that escaped through the upper part of the umbilical chord from the side of a person's body between the ribs and the hip.

"The intestines were hanging out of the flank wound, but the rest of the organs were fine," Oduor explained.

Sharon's death was caused by severe bleeding, trauma, and hand strangling, according to him.

The prosecution, lead by Mwaniki, indicated in their opening statement that they are prepared and ready to prove beyond a reasonable doubt that the accused committed the crimes they are charged with using the testimony of 35 witnesses.

Obado attempted to have the trial rescheduled, but the DPP vigorously resisted the governor's request. Obado made this attempt in a letter dated Sunday, June 28, emphasizing the impact of the health pandemic on inter-county travel.

Content created and supplied by: All_01news (via Opera News )