By Rasheedy (self media writer) | 5 months ago 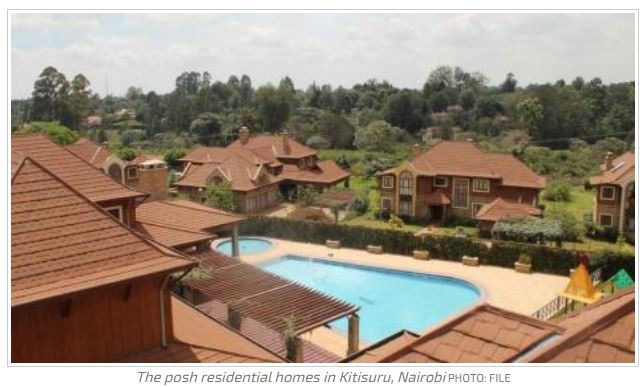 Governor of Kirinyaga, Anne Waiguru's Ksh80 million property in Kitisuru, Nairobi, is likely to be auctioned off to pay off debts owing to Kihingo village developers. The Nairobi High Court's Justice Alfred Mabeya authorized Waiguru's house to be auctioned off to repay the Ksh4.5 million debt. According to court papers, Kihingo directors, former Tetu MP James Gethenji and his brother Gitahi Gethenji, paid Ksh4.5 million of the Ksh7 million debt. Justice Mabeya concluded that the Kihingo directors held the property since Waiguru had yet to pay the entire price for the residence. 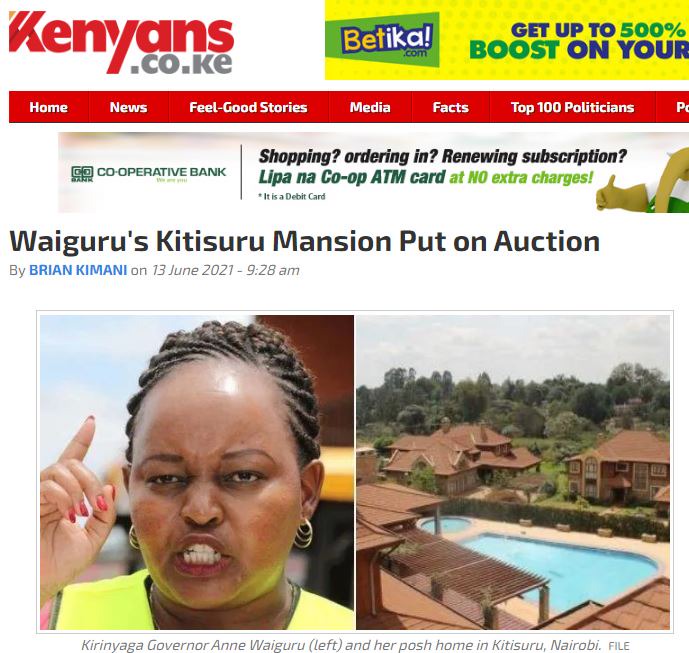 He ordered the property developers, Frame Consultants, to auction or attach the residence for Ksh80 million. "In this context, Frame Consultants might attach or auction the property to recover its debt," said court Mabeya. Waiguru previously indicated that she had an arrangement with a local bank to receive the money through a mortgage. Court filings, however, indicated that the deal had not been executed. According to Frame Consultants, the Kihingo directors failed to clear the Ksh4.5 million debt two years after the settlement agreement was reached. 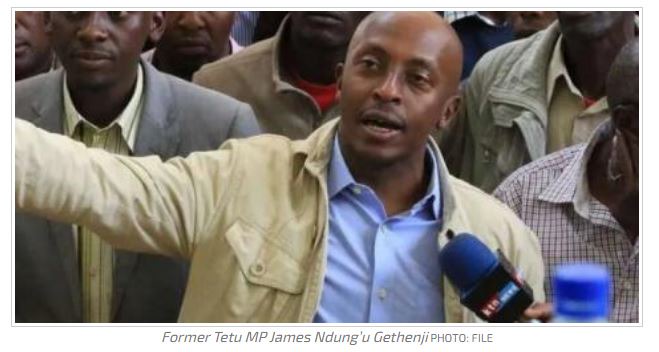 The developers had requested that Kihingo directors be summoned in order for them to explain whether or not they were able to clear the debt. They also demanded that Gethenji produce their books of accounts in order to verify their assertions. Gethenji, on the other hand, rejected the accusation that they were unable to clear the loan, saying that they were anticipating Ksh40 million from Waiguru, which they would use to clear the loan. The governor has been battling the Gethenji brothers about rent arrears for the luxurious residence. This resulted in a lengthy legal struggle over the years as the Kihingo directors piled pressure on the governor to settle the Ksh40 million debt. 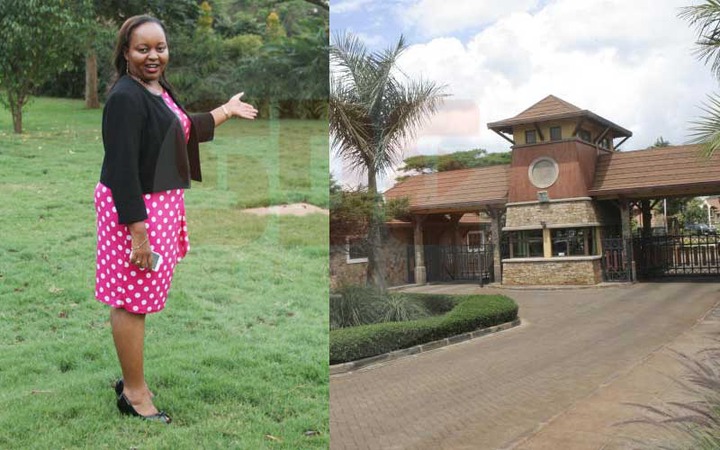