By Owis (self media writer) | 8 months ago 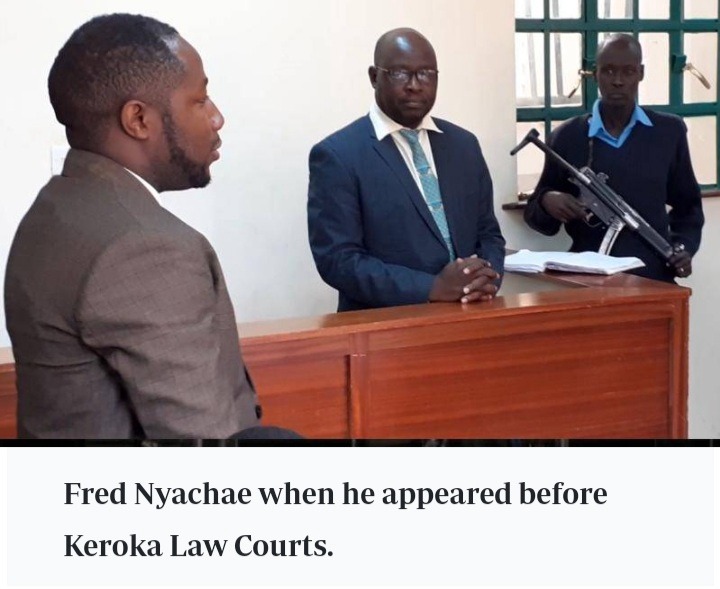 A Nyamira MCA who said to have defiled a schoolgirl in lodging room in 2019 has been acquitted for lack of evidence.

Fred Nyachae, of Magwagwa area, was left by Keroka Law Courts yesterday after Senior Resident Magistrate Samuel Arome said that there are no proper evidence showing he defiled the school girl.

The Court heard that Nyachae on the night of September 2 and 3, forced himself on the 17-year-old girl at a lodging in Kisii town.

Secondly, Nyachae is said to have committed the sexual act with the girl, a Form Four candidate, Kisumu County, in the same guest room.

The MCA pleaded not guilty to the two offences.

And Wednesday, the court threw away the case because the prosecution was unable to table enough evidence in court. 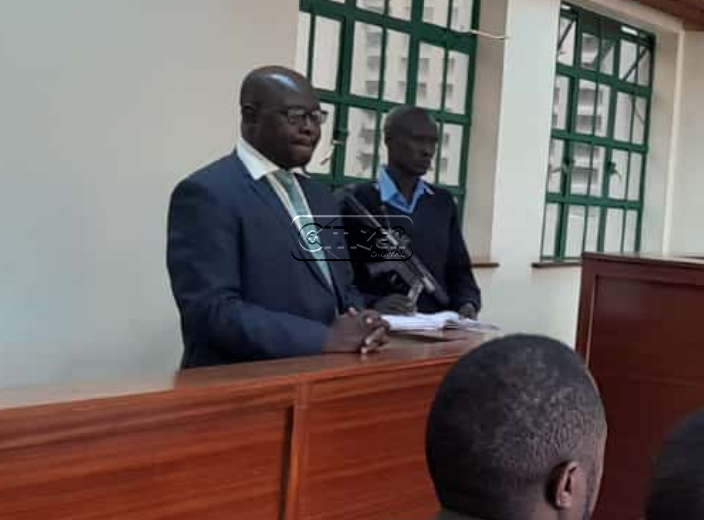 Arome blamed the prosecution for failing to gather enough evidence to jail the member of County assembly officicial.

At the court, the form four girl, who was the only witness in the case of defilement, and the judge was unable to believe her witness, citing some inconsistencies.

Arome added that the prosecutor only gave a birth certificate and medical treatment letter which are not enough evidence for the alleged offence. 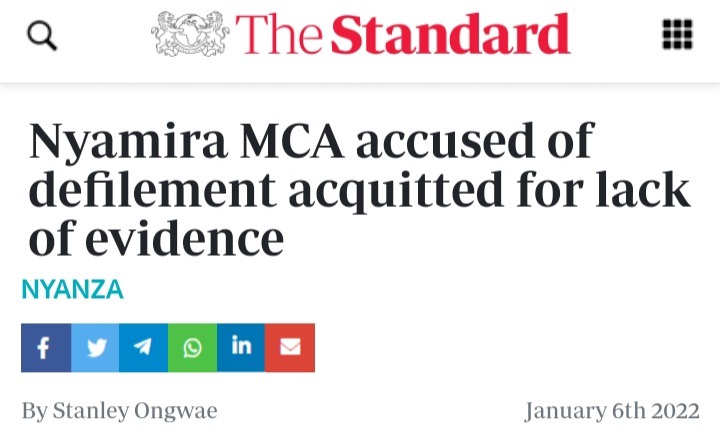 Reports Emerges On The Posts Set To Be Given To Muthama, Nanok And Hassan Omar In Ruto's Goverment