By Maziwa-Ya-Taifa (self media writer) | 2 months ago

Barely hours after Silisia Member of Parliament Hon John Waluke suffered a huge blow after the Court of Appeal ruled that the latter should serve the 57-year prison punishment over the Maize Scandal case of 2009, the High Court of Kenya via Judge Weldon Korir has this afternoon said that Ex-Kiambu Governor Hon Ferdinand Waititu's case was political and lacked enough evidence.

Delivering the Ruling on Thursday where the Court found out that the petitioner in Waititu's case had submitted an inauthentic document as evidence, the Judge has also said that it is not within its (High Court) to launch investigations of whether Waititu's property was legit or not. 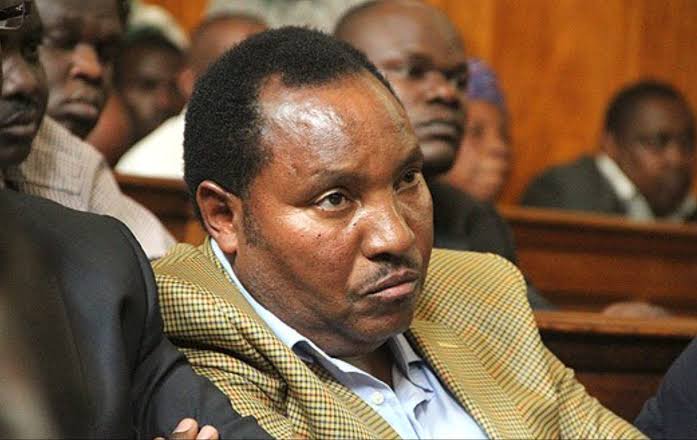 "Former Kiambu Governor was on Thursday, October 6, granted a reprieve in the Ksh588 million graft case.

"His case was dropped after the prosecution failed to table evidence to prove beyond reasonable doubt that Waititu embezzled public funds through proxies and kickbacks. The former county boss, who was impeached in January 2020, had been charged with the irregular award of a Ksh.588 million road tender," Kenyans.co.ke reported. 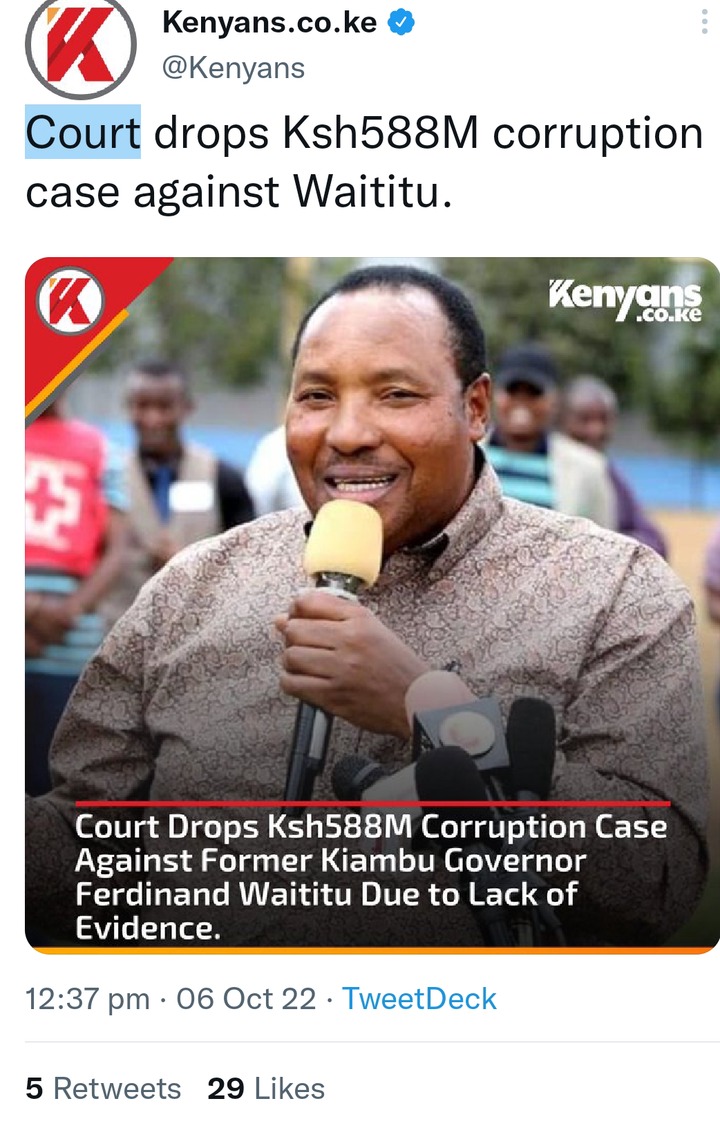