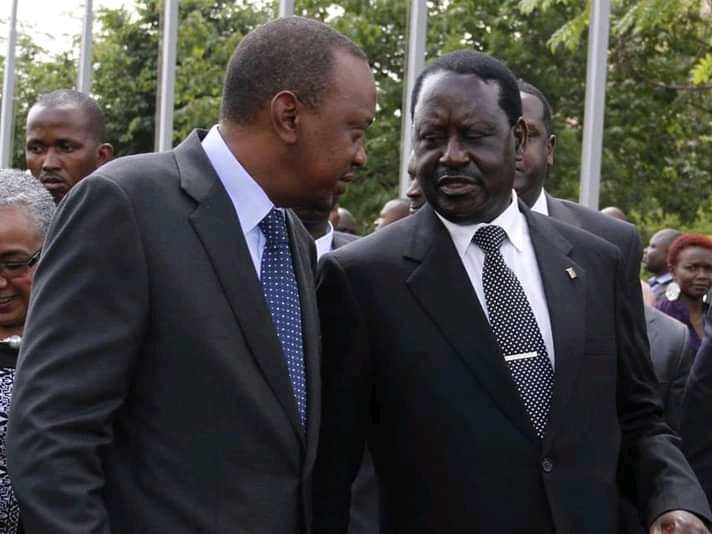 Last week,the five judges of the High Court declared BBI process unconstitutional.It gave various accounts on which the Amendment Bill disregarded the law, including that President Uhuru was the initiator of the initiative yet the law does not recognize such law.

And now reports have emerged of plans being made by BBI promoters to skip Court of Appeal and go directly to Surpreme Court,to have their appeal on High Court ruling on BBI heard and determined.

The promoters seek to use section 17 of the Surpreme Court Act,which says that the highest court in Kenya (Supreme Court) can here direct appeals on exceptional circumstances.

As this happens,Muhuri Muslims For Human Rights Association,has issued a statement, urging Chief Justice Martha Koome,who has been gazetted to be Surpreme Court President today,to recuse herself from BBi judgement appeal.

The association expressed their dissatisfaction with the manner in which Martha Koome was beings speedily approved for Chief Justice position.

It further argued that Koome's fast approval for CJ was because of Attorney General Kihara Kariuki's appeal against BBI ruling,which they say he(Kiharu) knows it is against the constitution since he is a government officer. 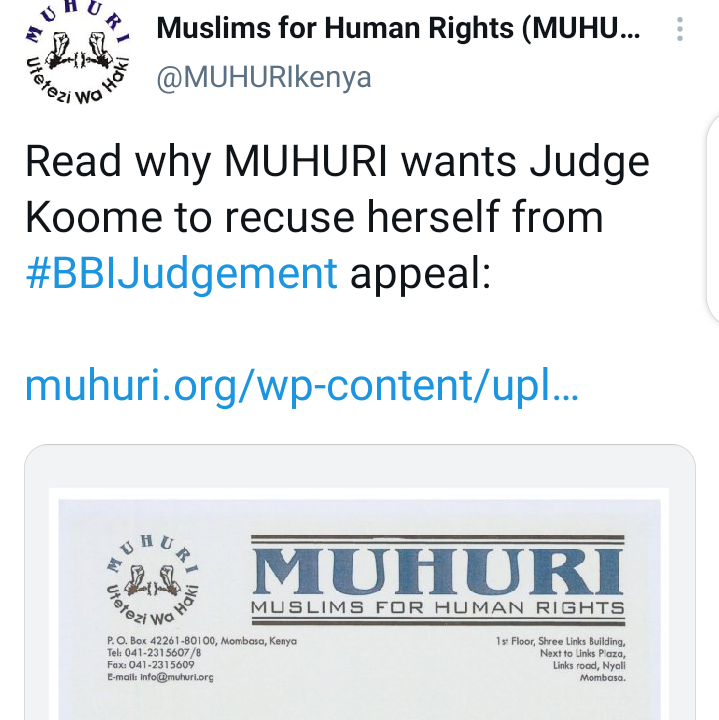