By Lilian_Aloo (self meida writer) | 26 days 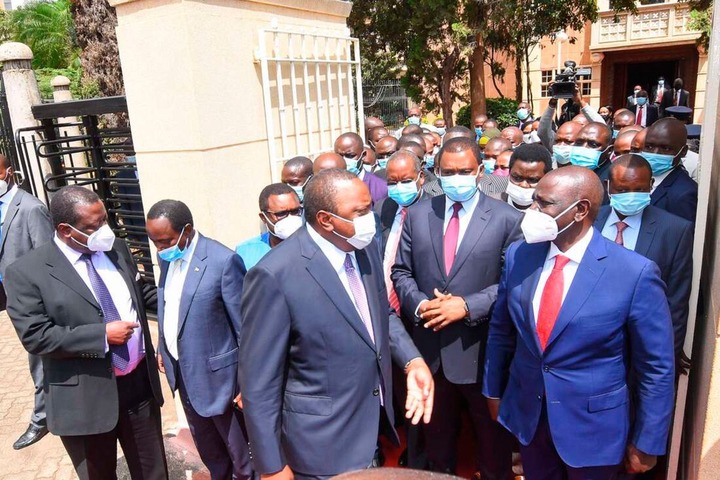 Several decades ago, Kenya underwent a trying moment during the tenure of late president Daniel Arap Moi when youthful Kenya Airforce soldiers led by Hezekiel Ochuka attempted a coup de tat on Moi's government before they were subdued by loyal soldiers.

The result of the attempted coup de tat was that President Daniel Moi's government cracked a whip with the aftermath seeing both innocent and guilty kenyans facing the full wrath of the provoked government. Among those who were innocent as the High Court ruled are several KDF soldiers who the court awarded 12.5 million over the illegal detention. However, the award has not been given forcing the court to act.

As The Star reports, the High Court has ruled and sentenced a permanent secretary in President Uhuru Kenyatta's adminstration namely Ibrahim Mohamed to serve time in prison.

The permanent secretary has been jailed for his role in the failure by the government to compensate the former military officers as earlier directed by the same court before. 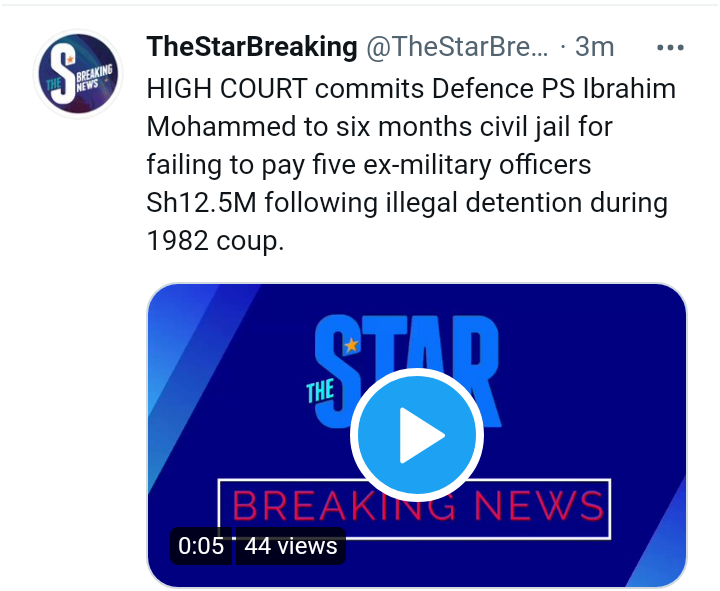 Deadliest Disease That Can kill You Within 24 hours

Five Most Protected Presidents In Africa 2021

Manchester United Finally Get Their Last Signing, The Old Glory Days Will Be Back Next Season

"Unyama" Tears And Sorrow As Another University Student Is Found Dead, Body Thrown At School Grounds