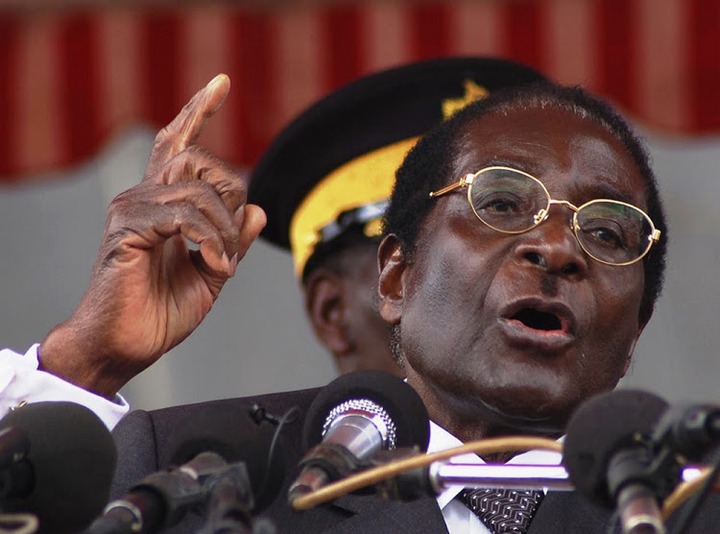 Children of the late Zimbabwean President Robert Mugabe have gone to court, seeking to stop plans to exhume his remains.

A month ago, Chief Zvimba slammed Mugabe's widow Ms. Grace, for going against traditions by laying her husband to rest in their rural home.

The Chief ordered Ms. Grace to ensure an immediate exhumation of Mugabe's remains, and have them reburied at the destined place for Liberation heroes in Harare.

The panel delivering the order also slapped Ms. Grace with a fine of two goats and five cows. The ruling was delivered in her absence since she is seeking medication in Singapore.

The order demanded that Mugabe be exhumed from his Kutama grave, and be laid to rest afresh in the National Heroes Acre in Harare before July 1, 2021.

However, Mugabe's three children have dismissed Chief Zvimba's request. The trio, Bona, Bellarmine Chatunga, and Tinotenda Robert argue that the Chief lacks the mandate to issue such orders.

According to the three, the order violates property rights for one not involved in the case physically. Some of Mugabe's relatives have slammed President Emmerson Mnangagwa's administration for being behind the exhumation push.

Following Mugabe's death in Singapore two years ago, the government and Mugabe's family were caught up in a row over where the ex-president was to be laid to rest.

The family maintained that before his death, Mugabe had rejected being buried at the destined National Heroes Acre. Further, Mugabe was opposed to those who overthrew him in 2017 overseeing his send-off.

Uko Na Mpenzi? Checkout How Tanasha Donna Responded To a Fan Who Asked Her This Question

What Exactly Is Sin? 2 Categories Of Sin In The Bible?