By OtiGuru (self media writer) | 3 months ago

LSK President Nelson Havi could found himself in another trouble.

This is after LSK CEO Mercy Wambua sued him for what she termed as contempt of court.

This was after LSK had confirmed recieving three applications to replace her.LSK said that there was a gazette notice last month which advertised the position of the CEO. 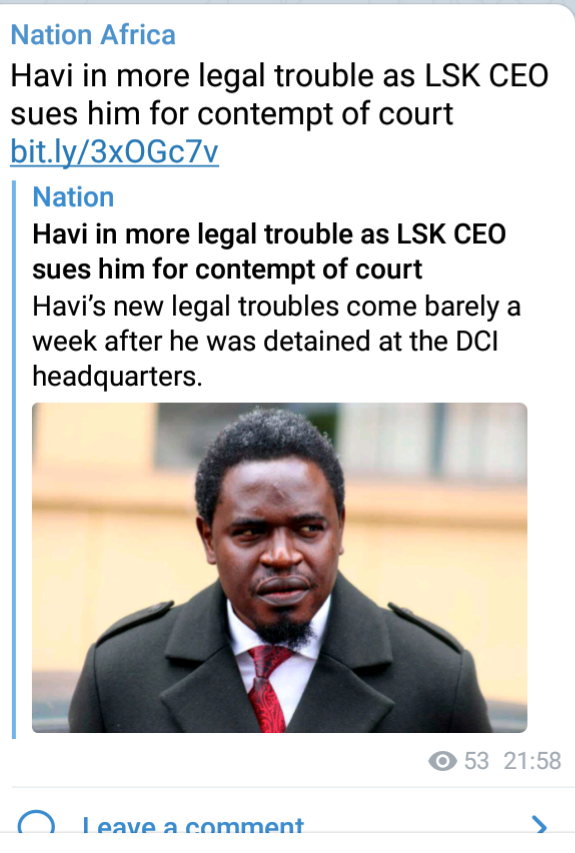 However Wambua described the development as illegal.

She said that it violated court orders which were issued last year.The court orders saw Wambua being reinstated in office.

She said that her contract was to wnd next February but it seems that Havi was trying to prepare her successor. 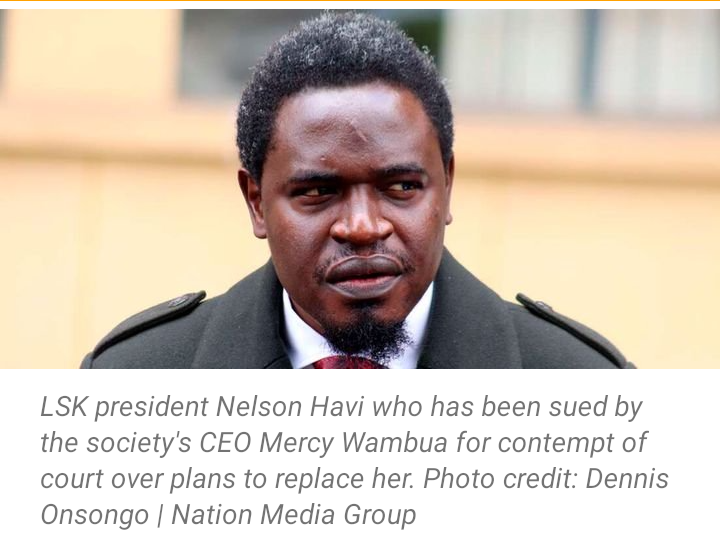 Wambua said that she got an order barring the LSK President from interfering with her contract.

She also confirmed to have filed a contempt of court against Havi.

This could see Havi jailed for six months.This comes days after Wambua recorded a statement claiming to have been assaulted by Havi.

This saw Havi being detained for some hours before being released.