By PWechale (self media writer) | 26 days ago 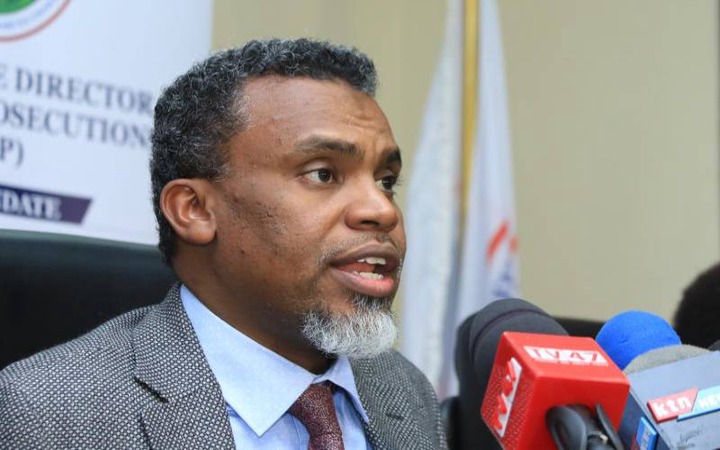 The Director of Public Prosecutions (DPP) has set free four businessmen who were facing threatening to kill and conspiracy to defeat justice charges.

In a letter dated September 7, filed before Milimani Senior Principal Magistrate Kennedy Cheruiyot, the DPP through Senior State Counsel Evelyn Onunga said there was no evidence in support of the charges against the four namely; Ashok Rupshi Shah, Meghji Patel, Nilesh Bhavsharu and Mukesh Rawal.

The DPP says that on July 29, 2021 the complainant Paresh Kumar Keshavji Dodhia reported a case of intimidation and threat to harm his person at Parklands police station Vide Occurrence Book (OB) No.33/29/7/2020 against the suspects in the case.

"We have certainly perused the inquiry file forwarded to the DPP vide OB No.33/29/7/2020 and upon analysis it is my finding that the evidence on record is not sufficient to sustain the recommended charges against the suspects," said Onunga.

He said that an inquiry file was opened and while investigations were ongoing, the complainant moved the court under Miscellaneous application No. 2102 of 2020 on the allegation that Parklands police station failed to act on his report and sought for warrant of arrest to be issued to the suspects which orders were granted by the court on February 18, 2021 and effected by DCIO Gigiri.

Onunga said that a second order transferring the inquiry file from Parklands police station to DCIO Gigiri was also made on March 23, 2021.

"Due to the above illegality, the DPP however sought to review the orders of the honourable court dated February 18, 2021 and March 23,2021 vide Miscellaneous application No.E704 of 2021, which orders were set aside by High Court at Milimani vide ruling No 2102/2020," said Onunga.

She said following the ruling of the High Court, the DPP proceeded and closed the miscellaneous application.

Onunga said that the complainant had stated that he met the four suspects on November 5, 2019 and Patel on July 21, 2021 respectively. She said in these two occasions they asked the complainant to pay Ashok and Meghji Sh 5 million for having wasted money on his family and failure to which his life will be in danger and they even threatened to kill him.

"The complainant did not state whether the suspects uttered any word that caused him by to receive threat to his life,” said Onunga.

On September 1, 2021 Justice Daniel Ogembo set aside a warrant of arrest issued against the four suspects by the lower court over allegations of threatening to harm.

He also set aside another order issued by Cheruiyot requiring DCI, Gigiri police station to take over investigations of the alleged threats from Parklands police station.

In his ruling the Judge said that the two orders which were issued on February 18, 2021 and February 23, 2021 were improper and acted as the judge, investigator and prosecutor.

“I accordingly dismissed the assertion that the court acted as the investigator, prosecutor and judge,” Justice Ogembo ruled.

The four have however, said they will seek justice for the malicious harassment by police and Paresh over the allegations.

They claim Paresh has used a lot of money to police in making sure they get arrested and prosecuted over offences they did not commit.

As a Tenant, You Have The Following Rights.

Results: SC Ahmednassir Conducts Online Poll To See What Raila Will Do if Uhuru Withdraws Support