Happening Now: Athletes in Iten Hold a Demonstration While Protesting The Killing of Damaris Muthee

By KenyanOutsider (self media writer) | 2 months ago

Athletes in Iten town, Elgeiyo Marakwet County are currently holding a peaceful demonstration While protesting against Gender Based Violence that has been meted against women. This comes after the news about the brutal murder of Kenyan-born Bahrain athlete Damaris Muthee Mutua who was killed last week. 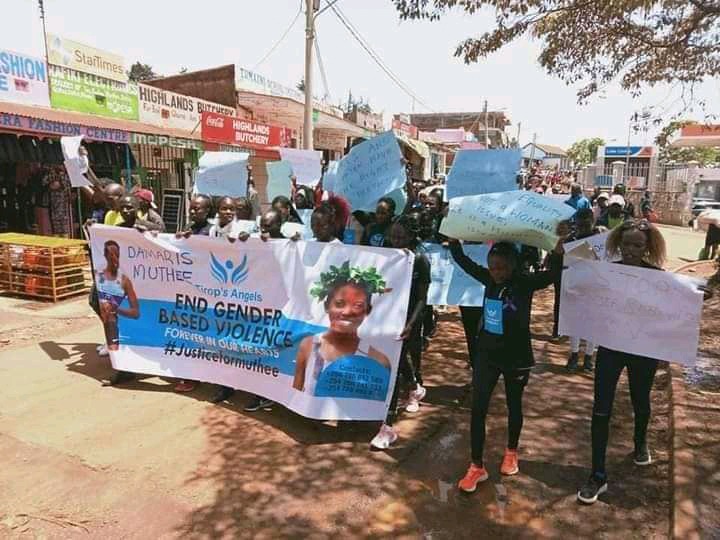 The athletes are being led by Joan Chelimo, Violah Langat, Mary Keitany and Angela Tanui to sensitive the public on the negative effects of Gender Based Violence against women. They are asking the relevant authorities including the Directorate of Criminal Investigations, the National Police Service and Fred Matiangi to speed up the investigations and arrest the culprit. 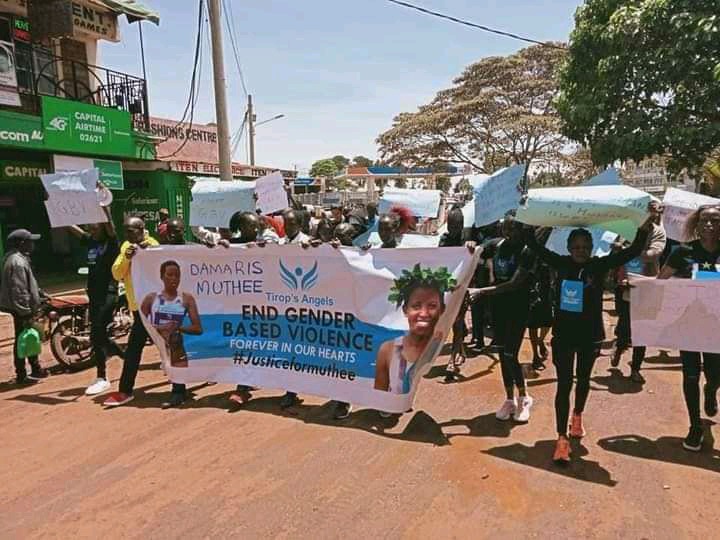 Damaris Muthee Mutua was was found dead inside a house in Iten town. Her alleged boyfriend is believed to be the one to answer questions concerning her death since he was the who admitted that he killed her. He reportedly called other athletes in the country telling them that he was her boyfriend and admitted that he committed murder before escaping. Her family however cleared the air concerning the relationship between their daughter and the man. They claim that their daughter was already married and her husband was working in Qatar. The athletes now want relevant authorities to act swiftly and serve them with justice.