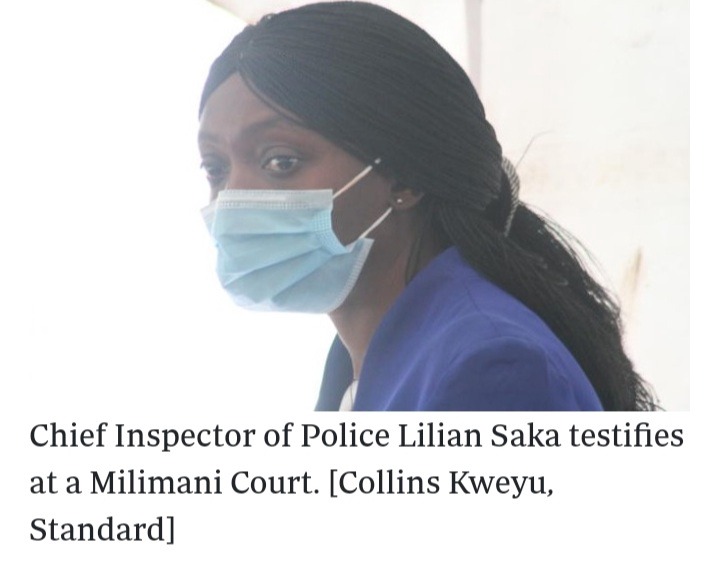 Photographic proof was produced in court on second day of the ongoing Sharon Otieno murder hearing.

Crime Scene Investigating chief Lilian Saka showed up in court as the second witness in the murder case on Tuesday to testify.

She explained to the court that her task was to process the crime incident scene, assisted by security officers from Oyugis Police line in Oyugis town. 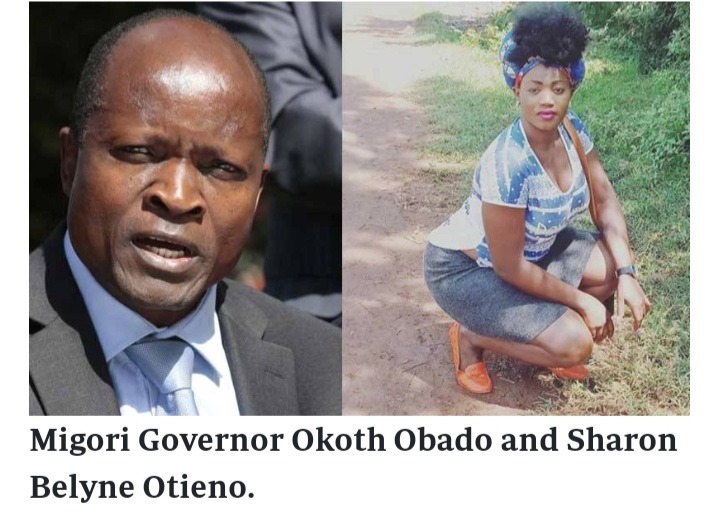 Saka produced over one hundred pictures she snapped at several places, with the first picture from Kodero Forest where the late Sharon's s body was discovered, Oyugis Police line, the morgue where an autopsy was performed, Gracia hotel, Homabay Rela road and pictures taken at Rachuonyo North sub-county Hospital. 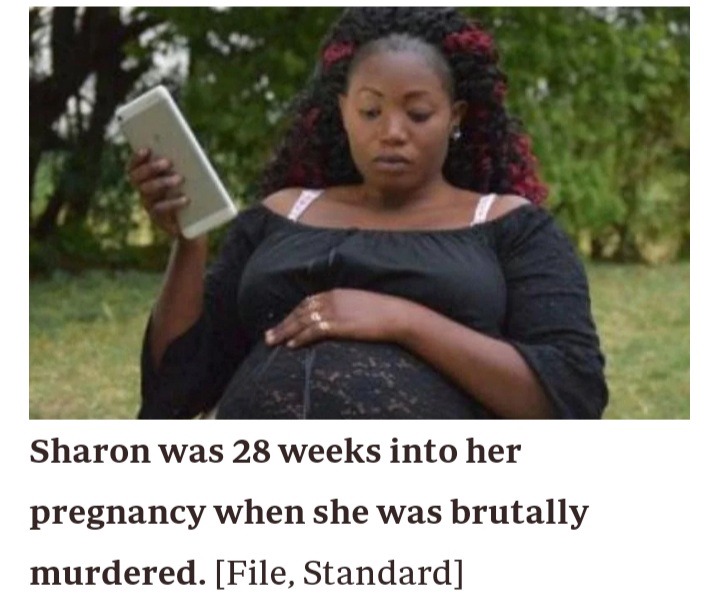 She at the same time produced pictures from of a shawl, a warn out condom wrapper and a bottle top picked at Kodero forest, saying that she filed the autopsy process.

Lilian explained to the court that on September 18, 2018, she “went to Oyugis Police line from the DCI headquarters to register a dumped motor car that was used in committing the killing of the late Sharon Otieno.” 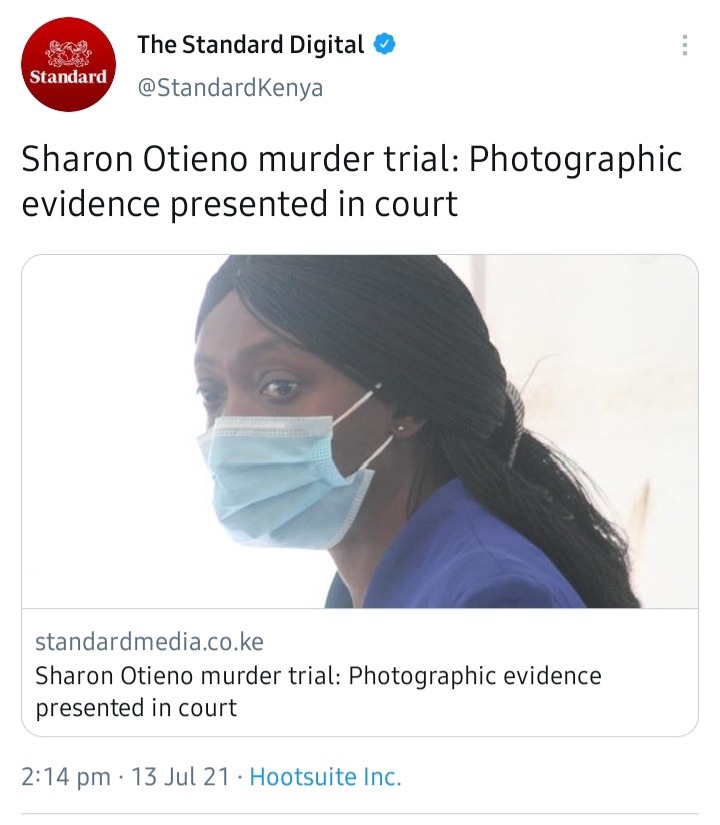 According to the witness account, Sharon was killed d at Kodero forest, but on interrogations by the Defence, she replied that “there was no blood spots in the car.”

The witness added she was acting on requests from the Homicide Detectives Unit.

"I Have A Chirld With My Father, He Wanted A Second Baby With Me So As To Pay My Fee" Joyce Narrates