By @Mariah (self media writer) | 3 months ago

Noordin Haji, the Director of Public Prosecutions, has been dismissed from office, according to a petition filed with the Public Service Commission (PSC). Through their lawyers, the family of the late Tob Cohen accuses DPP Haji of mishandling their kin's murder case. 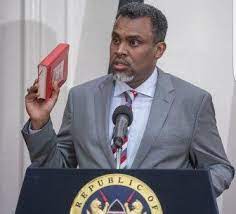 They also accuse the DPP of botching other cases, including Direct Line Assurance Limited and the Kenya Medical Supplies Agency (KEMSA).

Despite having 19 years of legal expertise, the petitioner, Cohen's sister Gabriel Hannan Van Straten, argues that since taking office, the DPP has never set foot in any known court of law, whether in the subordinate courts or the Superior Courts. 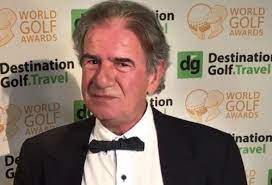 The petition claims that "the DPP Public Haji lacks all required experience as specified for under Article 157 (3) Constitution of Kenya, 2010."

The petitioner further contends that the DPP's actions obstructing criminal investigations by the DCI are taking center stage during the probe. According to the family, the Director of Public Prosecutions is acting openly and with impunity by defending people who are regarded to be influential or high in social status, such as Justice Sankale, indicating that he is abusing his position and abusing his power.

"That Noordin Haji, the DPP herein, has demonstrated such abuse of power and abuse of office by restraining the Director of Criminal Investigations from arresting Judge Sankale for his involvement in the murder and subsequent cover-up of the Petitioner's brother Tob Cohen until and unless the Director of Criminal Investigations receives explicit authorization from him (Director of Public Prosecutions)," the petition reads.

They further contend that the DPP's directive is not in the best interests of justice for the victims of Tob Cohen's death.

13 Things Men Like in Women More Than Good Looks

Updates: CS Fred Matiangi Launches New Number Plates Which Will be in Use From February