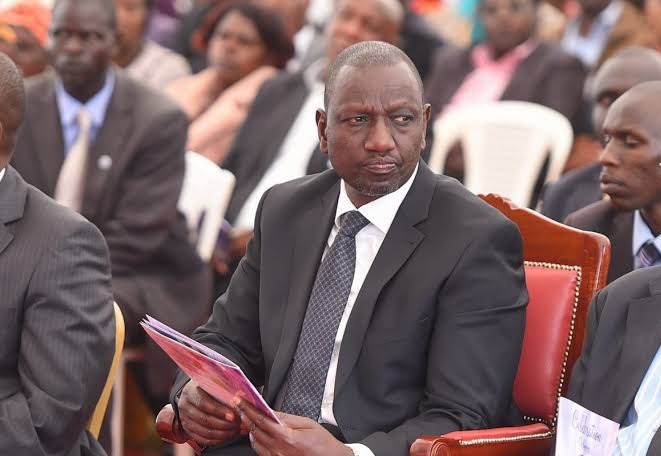 DP Ruto and his close allies applauded the nullification of BBI by the Court of Appeal. The verdict that was delivered on Friday made some of the Tangatanga members celebrate to the extend that Ruto made a presser. In a press briefing held in Karen Ruto said that it is now clear that Kenyans need to live their live as the true patriots of the Judiciary have proved that they are ready to stand with them. However, things may not be good in Ruto's camp after several issues emerged.

Hon. Raila Odinga has already said that he is ready to face DP Ruto in the 2022 race. Even after Raila said that he has accepted the outcome of the judgement, Uhuru and Raila's close allies and lawyers have now decided to call for a crisis talks. Some of them have now stated that they are ready to challenge the Court of Appeal verdict by moving to the Supreme Court. 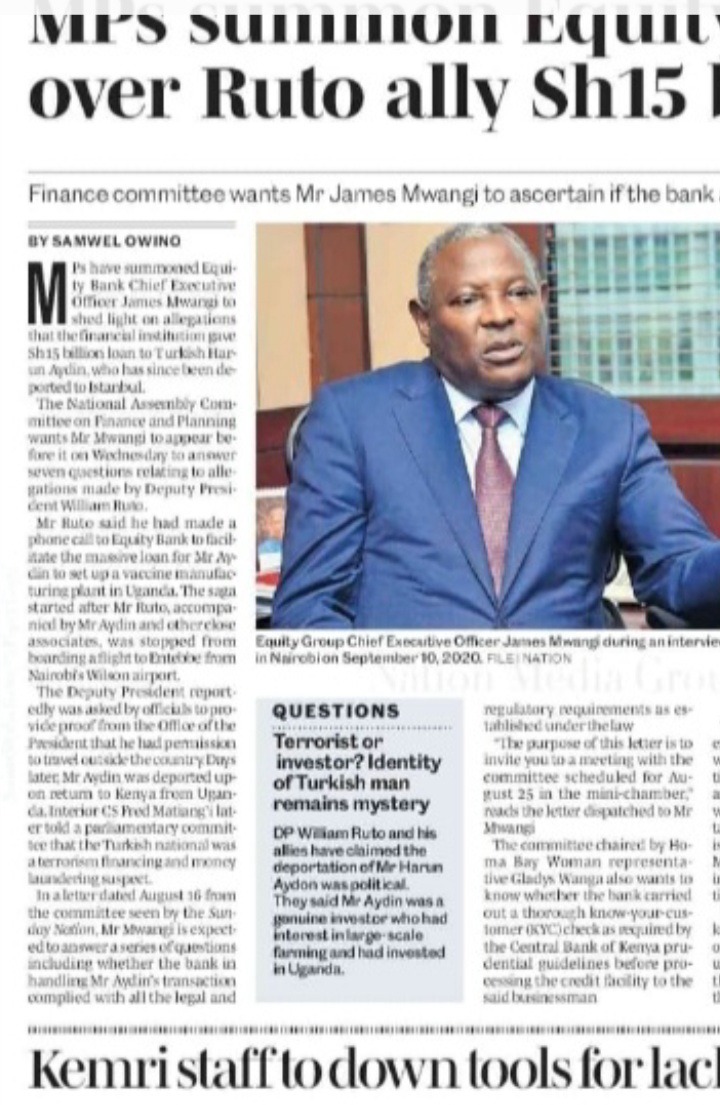 The Attorney General, Paul Kihara has already criticised the loss of the government in the corridors of justice. He said that the judges of the Court of Appeal missed the point when they said that President Uhuru Kenyatta is one of the promoters of the BBI. He said that the Court of Appeal in their ruling over stretched their mandate and that was wrong. He said that the president is not barred from initiating constitutional amendments through popular initiatives as he too enjoys political rights just like any other citizen. Kihara has now decided to move to the Supreme Court to challenge the BBI verdict. 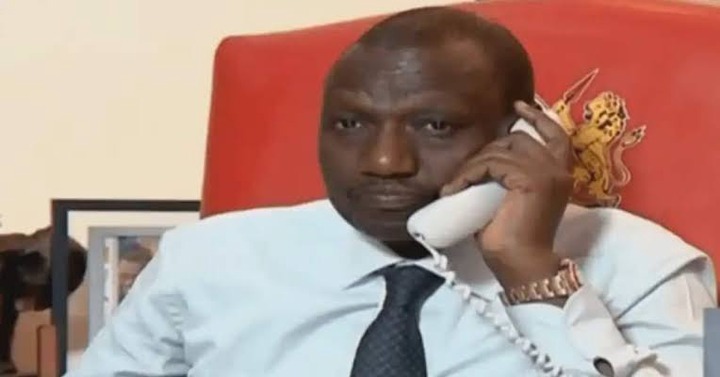 Another thing is that the National Assembly on Finance and Planning wants to summon the Equity Bank CEO, James Mwangi over 15 billion loan that was allegedly given to Mr. Harun Aydin. It is said that DP Ruto made a phone call to James Mwangi to facilitate the 15 billion loan. The CEO is now to appear before the panel on Wednesday to answer several allegations that were made on Ruto, including that of Aydin where he was a beneficiary of the loan. 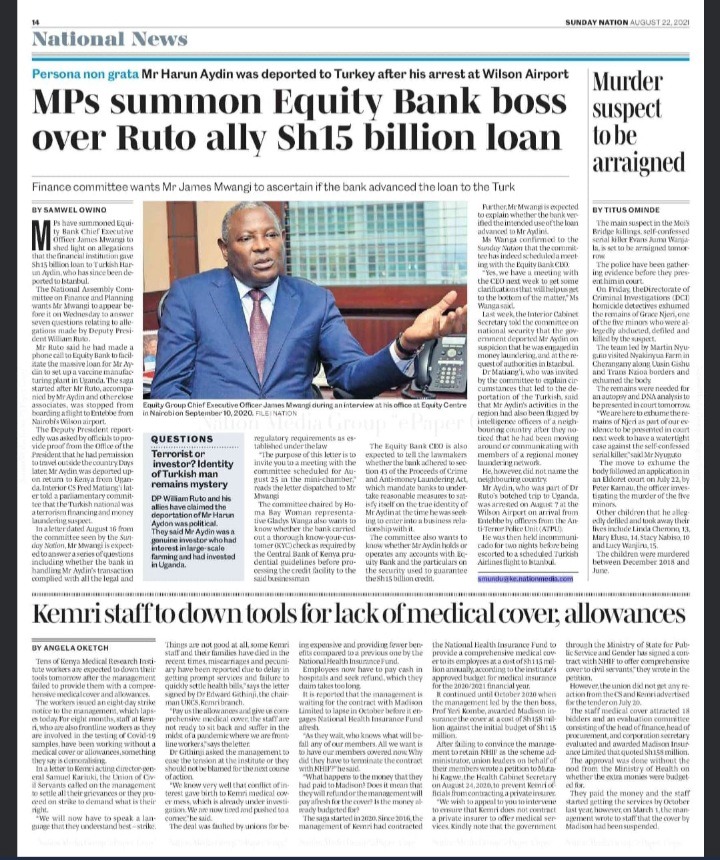 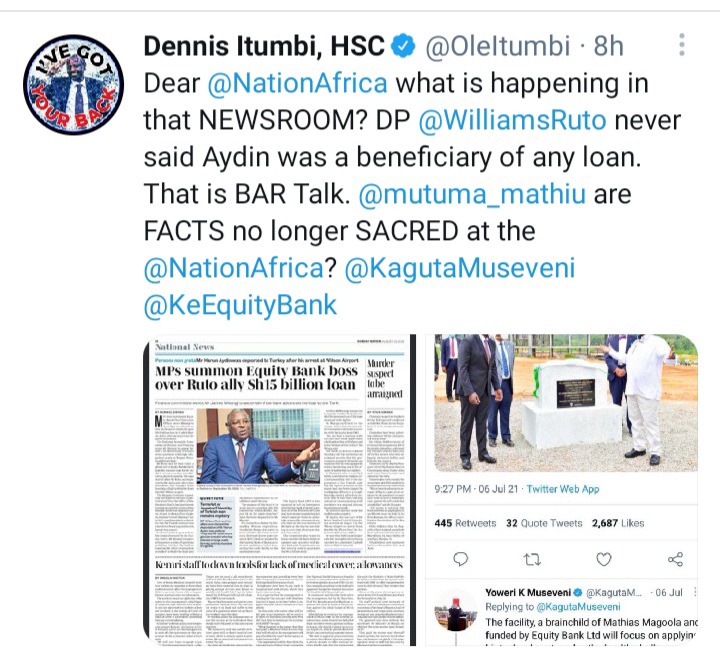 Wacha Uoga, It's Baba's Day One, Kanini Kega Tells Off DP's Ally As Raila is Set For a Mega Stopover