According to the reports given by a reliable source of information, it has been revealed that four county officials have been charged with manslaughter for allegedly not inspecting building that killed 2 people in Ruaka.

In a news report that has been shared by the county government of the region, it has been revealed that the Building collapsed and Killed a man and his wife who were still sleeping in their house.

Witnesses who spoke to the media revealed that the building started shaking after which it killed the Deceased after collapsing.

According to the reports given by the court, the two Suspects who were arrested over the incident have been charged and released on Ksh. 5OOk Bond. 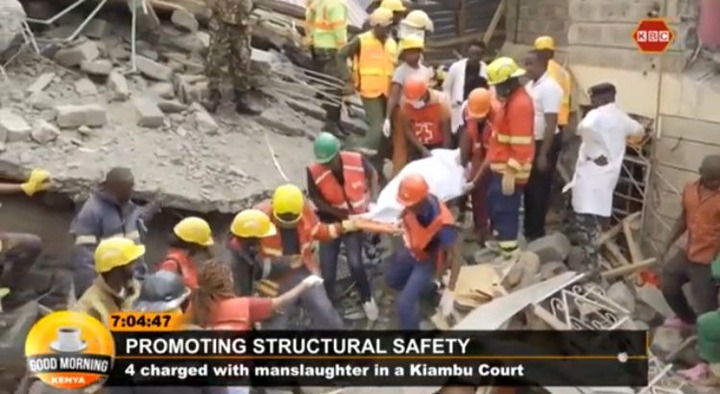 While reacting to this incident, Kenyans who took to their different social media accounts to express their opinions on the matter have called upon the government to do something about the increasing number of Buildings that are collapsing in the country.

According to the reports given by most Kenyans, they claimed that it is so unfortunate that the government is yet to do something about this despite the fact that people continue to lose their properties in this incidents. 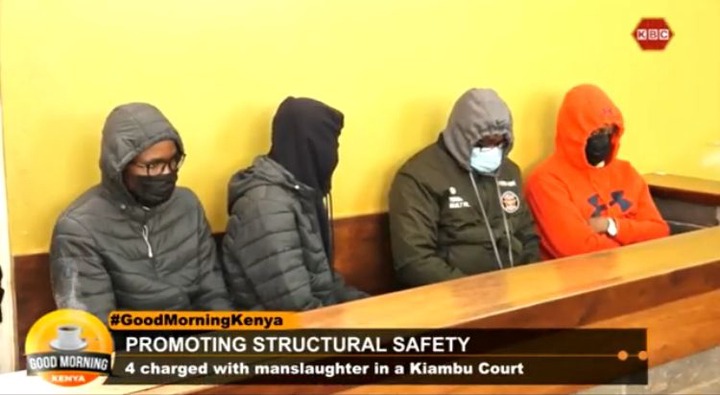