Where Did The Rain Start Beating, between The Executive And Judiciary? As Former CJ Speaks

By Quintaine (self media writer) | 11 months ago 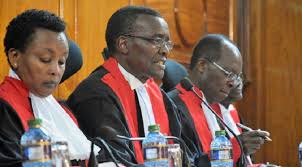 The executive and Judiciary have been at loggerheads for quite some time now. This has escalated after the president omitted six judges from the list to be elevated to the court of appeal. Former chief justices William Mutunga and David Maraga have now come out condemning the president's act revealing that he(president) has no power to reject what has been proposed by the judicial service commission and amounts to interference to an independent arm of government.

In a hard-hitting letter from former CJ, Mutunga is compelling the president to adhere to the constitution and swear the six remaining judges "Mr. President, you bear a burden of history to do the right thing for Kenya's Constitution, her institutions, and the general public. Discharge this burden: Simply do the right thing." On the other hand, Maraga is not impressed by President Kenyatta's actions of leaving not doing as required by law. He says "I will remember Uhuru as the President who disregarded the law." This is because when he was at the helm he rejected the swearing-in of a section in favor of all appointed by the judicial service commission. 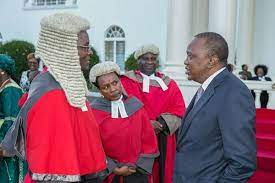 It seems, that fight between the judiciary and the executive emanated after CJ Maraga and his team nullified the presidential election in 2017 which lead to a rerun, and President Kenyatta stated that he will re-visit the judiciary. The budget to the judiciary was cut and now judges are not sworn in as required by law. The current CJ asked the president to swear the six remaining judges as the constitution states that no one has the power to stop what the JSC has certified. President Kenyatta is yet to respond to any of the statements. It is seen that some judges are being punished for quashing the BBI report. Justices Joel Ngugi and George Odunga were not sworn in seemingly because of their BBI judgment, while  Weldon Korir, Makori Evans Kiago, Judith Omange Cheruiyot and Aggrey Muchelule were also not sworn in because of integrity issues.

As we wait on President Kenyatta's word on this. I ask do you think that his excellency the president was right not swear in judges and leave part of the group? What's your take on this? Share your thoughts.