By @simiyu (self media writer) | 2 months ago

The DPP Haji has finally broken his silence as he speaks on Directorate and Criminal Investigation, DCI Kinoti's 4-Month sentence for what they referred to as contempt of the court. 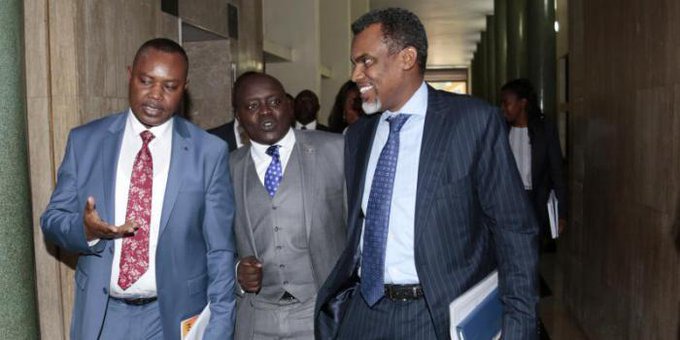 According to the reports as reported from the High Court sitting in Nairobi sentenced the top sleuth to a four-month jail term at the Kamiti Maximum Prison on Thursday, November 18, for contempt of court.

When asked whether, in his opinion, he thought the DCI boss would serve the jail term, he noted that Kinoti was highly likely to appeal the case.

DPP Haji has revealed that the Directorate and Criminal Investigation, DCI boss should be given an opportunity to defend himself well. The cause behind Kinoti's sentence was due to his failure to return the weapons that were reportex to be taken from Jimi Wanjigi. 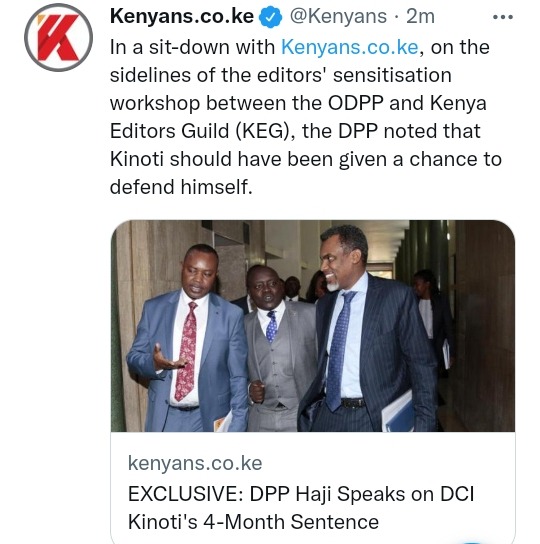 The move by the DPP will give DCI boss Kinoti an opportunity to explain himself well rather than that rush decision that was made by the court.