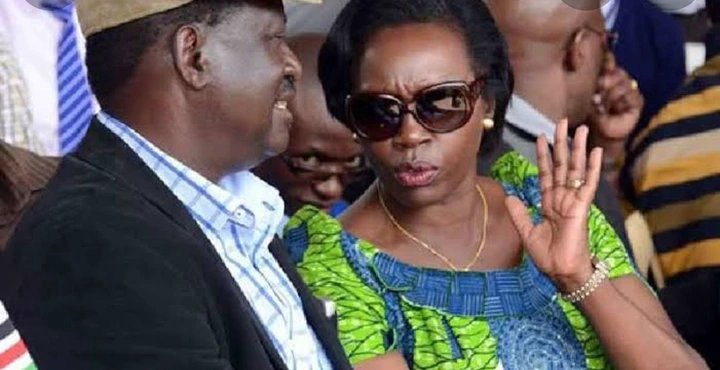 Through Twitter, Ahmednassir asserts that certain individuals have been spreading bogus videos and photos on social media while claiming that Martha Karua gathered a very large audience in Nanyuki today, insisting that the statements are completely false and should be handled with the utmost contempt.

He added that he is currently in the same location as the Bodaboda riders, together with 50 women and men who have supposedly been hired to take campaign posters to the mob in order to do the necessary destruction. 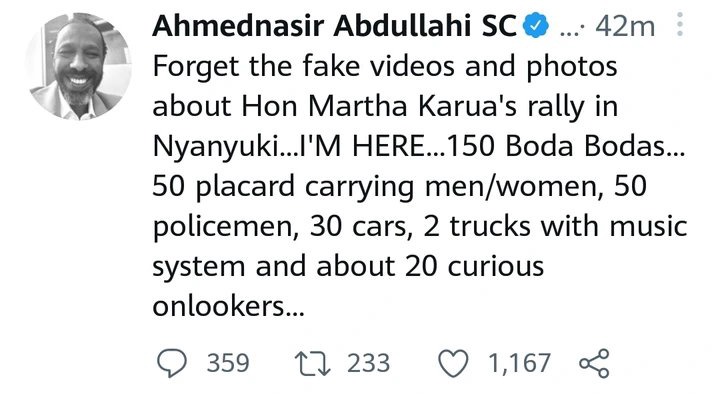 He also disclosed that approximately 50 police officers were guarding her along with the rest of the team. Thirty cars and two trucks were being used by the entertainment team to spread the joyful gesture by playing loud music to attract Kenyans who were nearby, who later revealed themselves along with another group of 20 curious onlookers stationed on the sidelines.

According to the videos that have been circulating throughout the better part of the day, Karua was seen alongside other leaders addressing a massive audience that filled the corridors and sidewalks to the point where passage was impossible. Some even struggled to cling to automobiles and trees in order to get a better view of the action.

Kenyans who visited Ahmednassir's comments section were of the opinion that the lawyer is deceiving Kenyans because it is one of his obligations from the Tangatanga group, so that they can detest Raila Odinga and his team, while others remarked that Karua is a force and is storming Mt. Kenya.

Azimio Brigade Gets A Warm Reception In Nyamira County