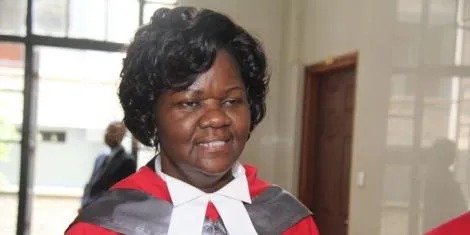 The Law Society of Kenya on Friday, November 25, honored lawyers who have excelled in this field in the past year. Among the awardees was Ms Justice Akhode of the Court of Appeal, who emerged as the best judge at an event held at Panari Hotel in Nairobi.

Female judges Mugure Thande and Maureen Odero came second and third respectively. Justice Achode has served in the Judiciary for over 30 years, rising from the position of District Judge in Kerico to become a High Court Judge.

On April 23, 2018, he was elected Chief Justice by the Independent Electoral and Boundaries Commission by other judges in the High Court and nominated by Chief Justice David Maraga in the Milimani Law Court.

Achode said she was encouraged by her female colleagues to seek the top job because they believed she was the most suitable candidate because of her previous experience at the Census Bureau. He was previously the Chief Registrar of Courts before taking up his new role.

The Judicial Service nominated him for appointment to the Court of Appeal in July 2022, among six other judges. Meanwhile, JKIA Chief Magistrate Lucas Onyino has been named the best judicial officer of the year. Others in this category are registrar, Small Claims Court and Senior Resident Tikka Court, Oscar Ruguru, Stella Kanyiri.