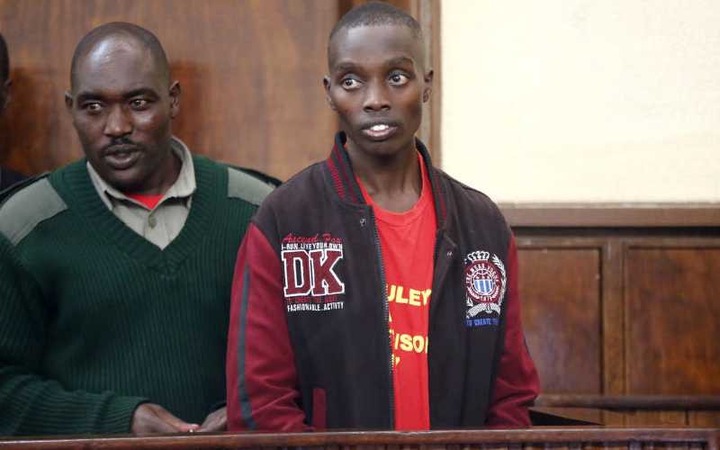 Ruto pleads to temporary insanity when he killed girlfriend - The Standard"/>

Edmonton Ruto was an Egerton student admitted who admitted to murdering his girlfriend by stabbing her in the neck and stomach.

In court today, he stated that he was sorry for his actions and that he has changed as a result of learning from his mistakes during his mitigation before Justice Joel Ngugi.

Ruto said before the court that he had made plans for his family to visit the family of the dead woman and apologize on his behalf as well as to provide customary penance and an invitation to reconcile.

He appealed with the judge for a light sentence, explaining that he was still a young man aged 25 years old and the sole hope for his family and that his actions had been motivated by rage.

However, the prosecution and the family of Chelagat demanded that Mr. Ruto get the worst penalty possible so that it would serve as a warning to those in similar unhealthy situations. The family demanded a life sentence while the prosecution recommended a 20-year jail term.

The family's advocate; Benhard Kipkoech Ngetich, urged the court to take into account the dehumanizing, harsh and horrific way in which Ms. Chelangat was killed.

He emphasized to the jury that the woman's boyfriend; who had a position of trust for her was responsible for her death.

In order to convey a message to men and women in marriages that closeness is not slavery and that girls and women are not objects but human beings with dignity, Mr. Ng'etich asked for a penalty that would restore equilibrium in partnerships.

While giving Ruto a 10-year prison term, Justice Joel Ngugi emphasized in his decision that the murder was a glaring example of toxic masculinity that needed to be prevented in society.

As the victim's attorney accurately noted, this is the type of toxic macho behavior that ought to be vigorously discouraged among our young people; according to Judge Ngugi.

The culprit was arraigned in court in February of 2018; the sentence will begin to run thereafter.