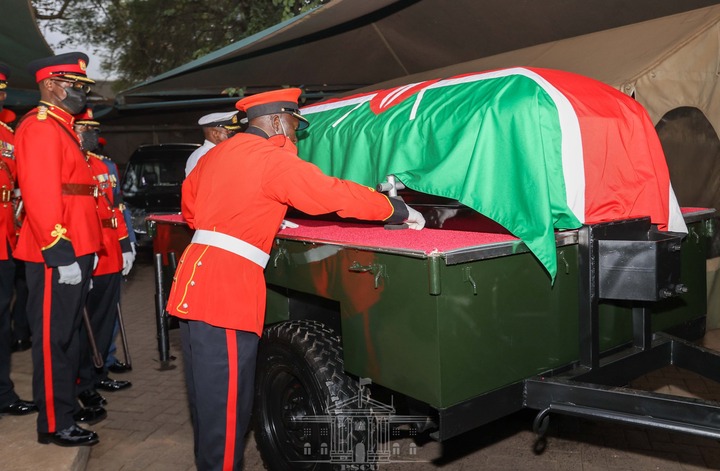 It has been several months ever since Kenya's third president Emilio Stanley Mwai Kibaki passed on in Nairobi with his remains buried peacefully at his rural Othaya home in Nyeri county.

However, that situation may change as justice Eric Ogola has been petitioned to order for the former president's body to be exhumed for the sake of DNA paternity analysis.

At the heart of the case are two people with one identified as Jacob Ogolla while the other one is a woman who the court codenamed as JNL. They claim to be biological children of Kibaki and want the exhumation so as to prove their paternity.

As justice Eric Ogolla prepares his ruling on if to allow Kibaki's body to be exhumed or not, Kibaki's daughter Judy Kibaki has come out to oppose the move.

In her submissions in court, Judy is of the view that the court should not allow the exhumation of her father as the petitioners (Ogolla and the woman) are not justified in their request. 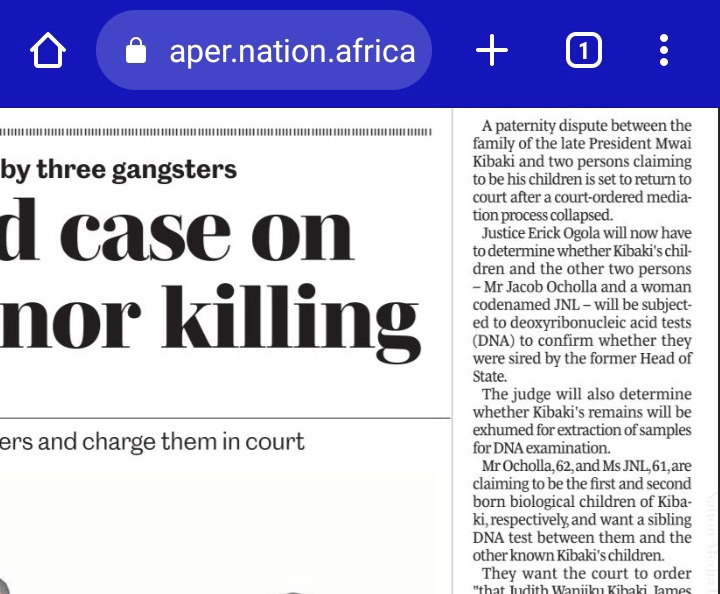 "Kibaki's daughter Judy disputes the parentage claims of Mr Ocholla and JNL and says there is no justification for the orders sought (to be allowed to exhume Kibaki's body and to be accorded security during exhumation).