A middle-aged lady was on Wednesday 22, 2021 caught on CCTV camera sprinkling an unknown white substance outside the door of Shanzu law courts Resident Magistrate David Odhiambo.

Veronica Ndinda Mutisya, who is a complainant in a case before the resident magistrate, was discovered sprinkling the substance and upon additional search a greater amount of the unknown substance was found inside a bag in her ownership. 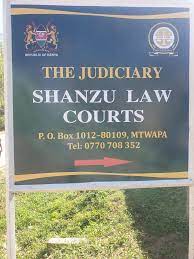 She was subsequently picked by detectives for further investigations at the Bamburi police station anticipating completion of investigations and analysis of the CCTV footage.

As indicated by the CCTV film, Mutisya showed up at the court premises at 7:45 am. She is seen strolling around the magistrate's door prior to removing some white substance from her bag. She is then seen pouring some of it outside the door of the magistrate's chambers before one of the cleaners finds her.

A showdown resulted between Mutisya and the clean. The court's administrator is alerted to intervene and a short time later cops whisk the suspect away. 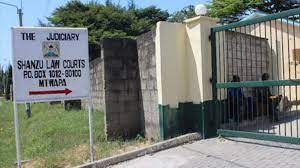 While defending her actions, Mutisya claimed that the white substance found in her bag was a combination of salt, unga and some other unkown substances that she frequently carries with her.

"I use it at whatever point l feel awful. l was doing  to influence the outcome of my case. l was simply attempting to get to a tap which is outside his chambers to wash my hands,” she said.

Police have affirmed that they have started investigations to uncover the motive of the suspect. 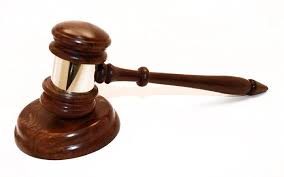