By Omugajunior (self meida writer) | 1 months 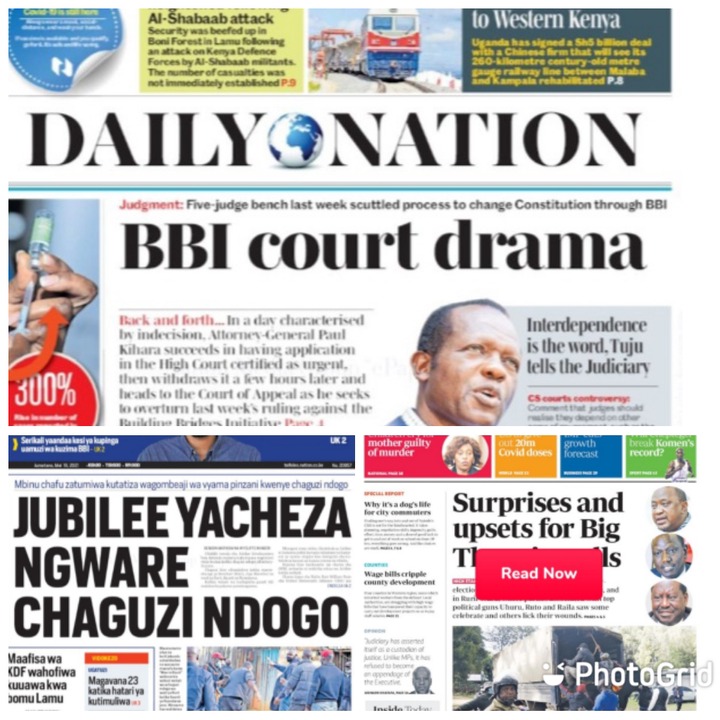 Last week,the five-Judge bench looked into the Building Bridges Initiative (BBI) Bill cases that were filed court and ruled out that the process was ilegal,unlawful and unconstitutional hence null and void.

However, the BBI proponents and supporters were not happy about the ruling as they rushed to the Court of appeal and filed a pettion in an attempt to overturn the ruling.

Attorney General Paul Kihara was among the people who filed a petition in the Court of Appeal which was certified as urgent.

However,there was a lot of drama as Attorney General Paul Kihara withdraws his application and hours later he changed his mind and moved to Court of Appeal to challenge the high court ruling that stopped the reggae. 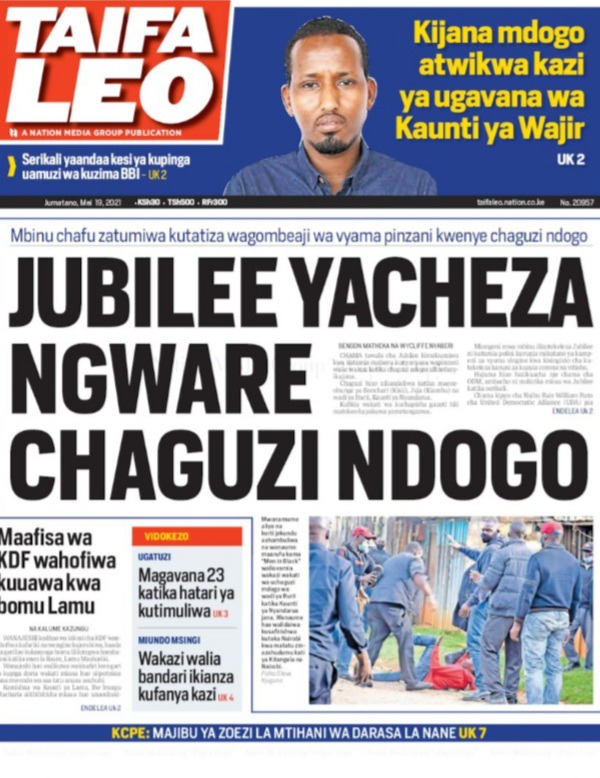 The publication talks about the mini-polls that took place yesterday.

According to the publication,there was harassment and intimidation of candidates,voters and party members from rivals groups.

In the mini polls that was held in Bonchari, Juja and Rurii,Jubilee party was accused of using unacceptable ways during the campaigns and voting day.

The publication cites that during campaigns, police will block and disrupt ODM and UDA from holding campaigns,claiming they did not follow Covid-19 protocols,however Jubilee was allowed to hold their campaigns.

Additionally, the newspaper cited that some leaders and agents from ODM and UDA was arrested during voting day. 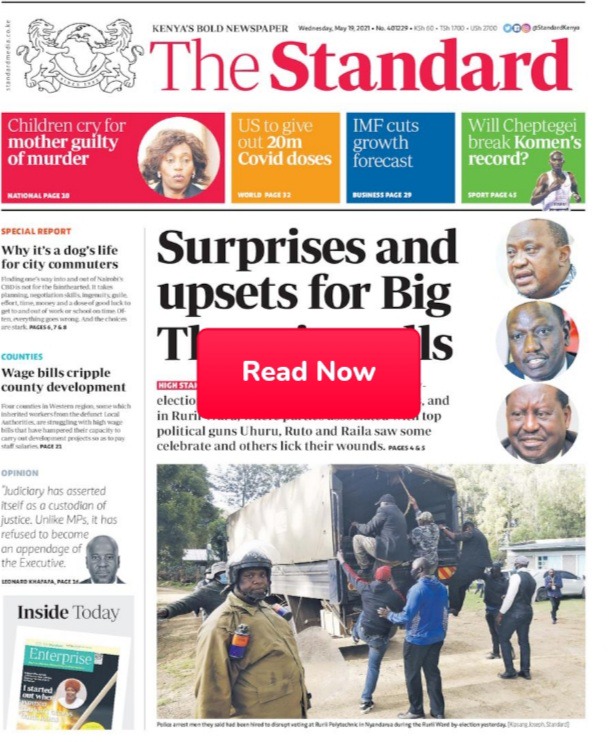 In the yesterday's by-election that was characterised by a lot of drama and teargas,left the three political leaders surprised about the unofficial results that was released.

Among the three(Uhuru,Raila and Ruto), unofficial results indicated that Ruto had won the Juja and Rurii seat while ODM won the Bonchari seat,leaving Jubilee empty handed despite Jubilee alleged use of police in attempt to win the by-elections.

Is There Hope For BBI Revival? See The List of Seven Judge Bench That Will Determine The Case