By KuluNews.com (self media writer) | 4 months ago 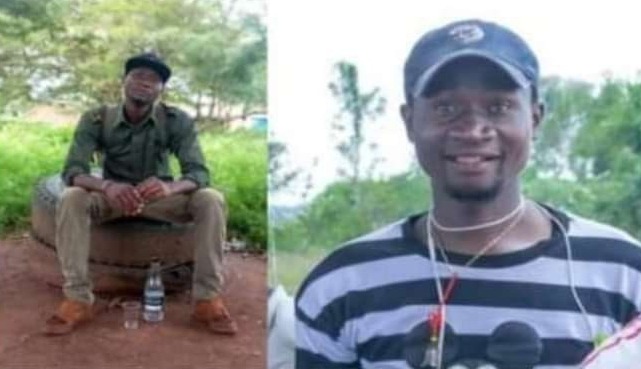 Extra Judicial killings by accused police service men have been a major worry among Kenyans who fear that something bad might happen to them or their kins when they are put into custody.

A family in Bondo are mourning the death of their son identified as Vitalis Mark Tanga Okinda who was arrested, but only to be found in Bondo mortuary with torture marks and various injuries. 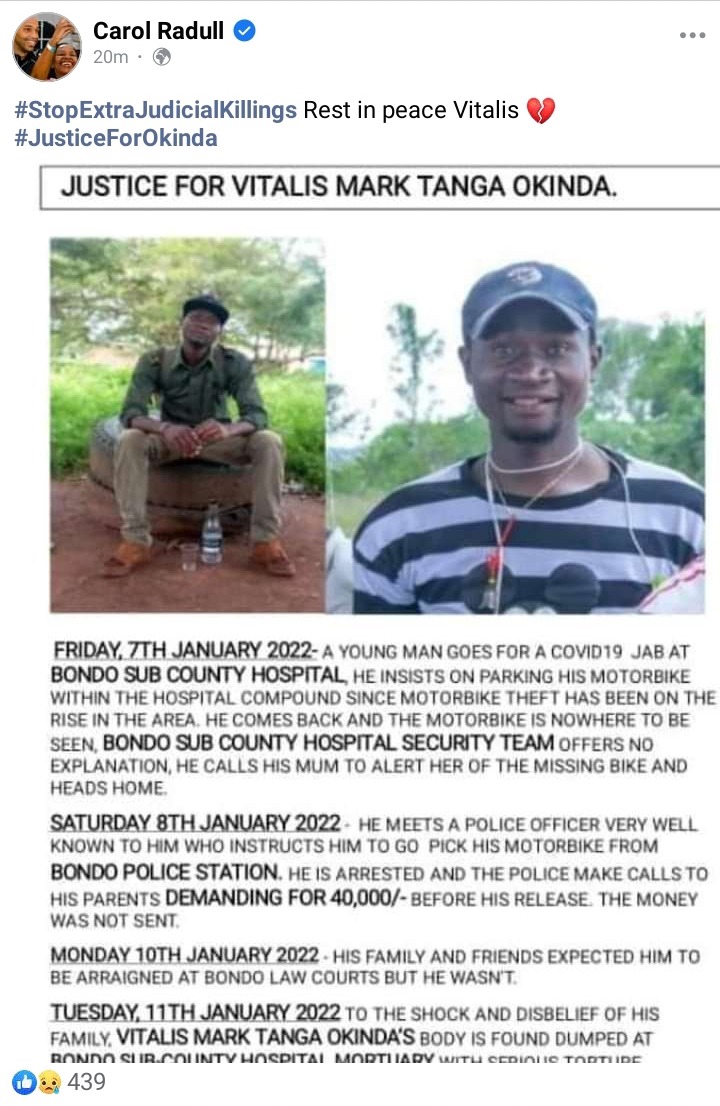 According to reliable reports, the young man had gone for his Covid-19 jab but requested to park his motorbike in the hospital premises only to be denied access, but he parked it and went for the jab only to return and find it missing.

The next moment he is told to take it from the police station where he was arrested and his family demanded 40K for his release which they could not afford.

Later on, the body of Vitalis was found dumped at Bondo mortuary bearing torture marks, deep cuts and crashed skull suspected to be from police torture. The family is seeking for justice.

May justice be served, and rest in peace.