By Vannessa-Maureen (self media writer) | 8 months ago 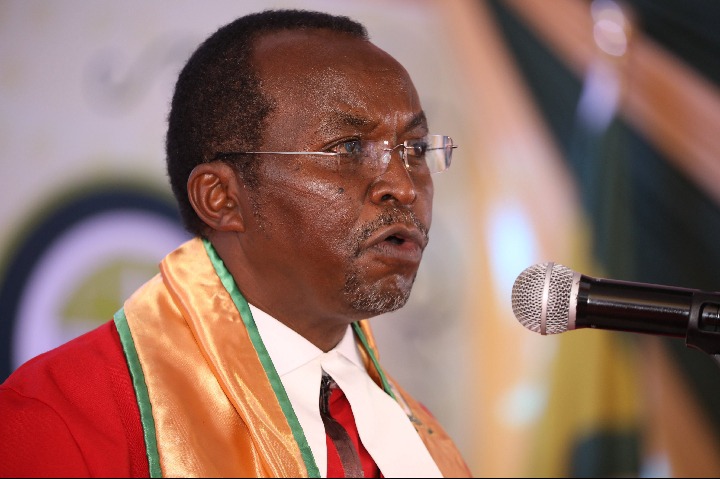 The Court of Appeal has reacted to a letter from the Linda Katiba lobby group, which requested that the court correct the final BBI Appeal judgement due to accusations that some sections were incorrect.

The Court, led by Justice Daniel Musinga, responded that the final judgement included no errors and hence no need for changes.

According to Justice Musinga, the final verdict was in line with each judge's emotions, thus there is nothing to amend as the lobby group requested. 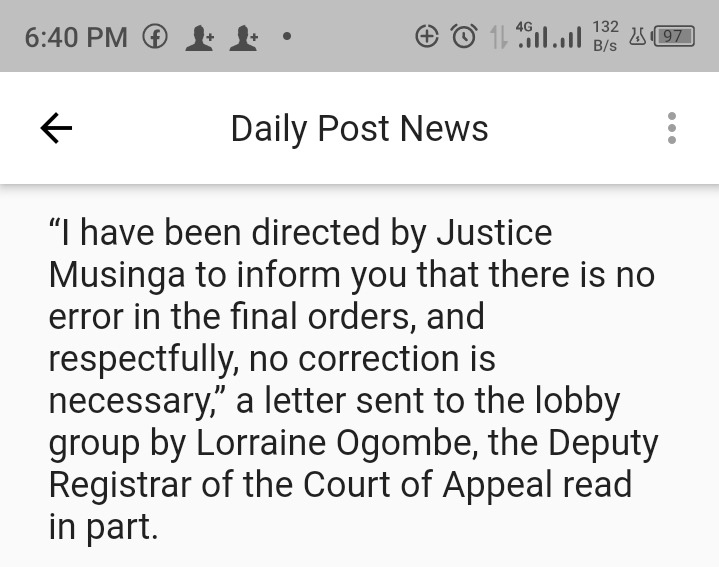 Linda Katiba, one of the parties who opposed the BBI petition at the Court of Appeal, filed an appeal last week, alleging that some aspects of the verdict are incorrect and favor the state.

The lobby group stated that some elements of the final judgement handed to them did not match what the judges read while delivering the ruling through one of its lawyers, Morara Omoke.

The group used the topic of whether the proposed BBI referendum should be one primary question or several individual proposals as an example, claiming that the total number of judges voting for and against the subject was incorrect.

The group requested that the court reconsider and alter the judgement in order to clarify the situation and avoid any future appeals.

The Appellate Court's clarification dashes President Uhuru Kenyatta's and ODM Leader Raila Odinga's prospects of reclaiming the BBI reggae in the Supreme Court, since they were counting on the error to save them.