By Kimoripublishers (self media writer) | 2 months ago 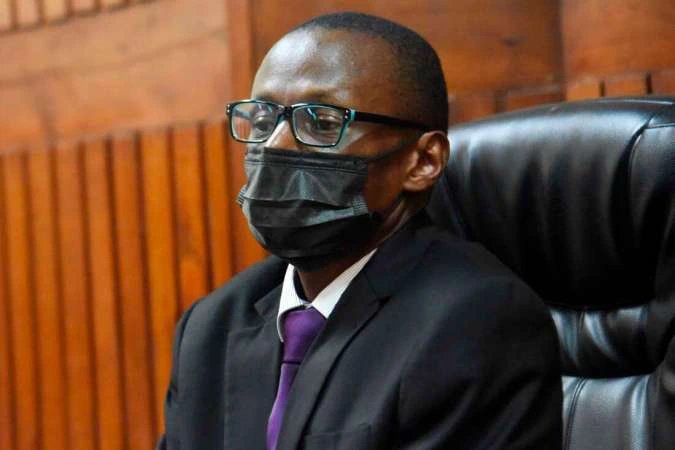 The magistrate offers to purchase the suspect's shirt after an impassioned courtroom appeal.

On Monday, October 3, a magistrate in Mombasa offered to purchase a suspect a shirt after he made an impassioned courtroom appeal.

I beg you to direct the facility to provide me with clothing; I have nothing to wear, not even undergarments. They refused to provide me with clothing, citing the fact that I have yet to be sentenced and am actually suffering. I am naked and my torn shorts expose my private bits as I stroll around. I have nothing to cover my lack of clothing. "I implore you to come to my aid," Odhiambo implored the judge.

He also asked to be moved to a jail near Kisumu, where he said his family could visit him easily and take care of his basic needs.

In a quick response, state attorney Vallery Ongeti told the court that she couldn't defend Odhiambo because he wasn't in Shimo La Tewa jail.

Odhiambo came into court wearing a tattered shirt and shorts that revealed his buttocks. He was also shoeless.

The magistrate, moved, agreed to purchase Odhiambo a shirt.

The culprit is charged with defilement.

The prosecution alleges that between June 8 and June 16, 2022, in the Mwahima area of Likoni sub-county, the defendant unlawfully and maliciously defiled a child aged eight.

The subject will be discussed in court the following week.

Adet made headlines in May after organizing an impromptu fundraiser in court for a couple accused of stealing a bale of wheat flour.

As she explained to the court why she took the flour, the lady, identified as Saumu Ali, was overcome with emotion.

Adet started the fundraising by giving Ksh 1,000 to the Court Orderly and asking the public, the media, and court officials to give any amount they could to Saumu's food fund.

"Having studied the circumstances surrounding the offense, I empathize with her predicament. "With three children in her care and no source of income, I believe we should purchase her a bale of wheat flour and some meat for today," the magistrate stated as he released Saumu and her husband, Evans Odhiambo.

Content created and supplied by: Kimoripublishers (via Opera News )