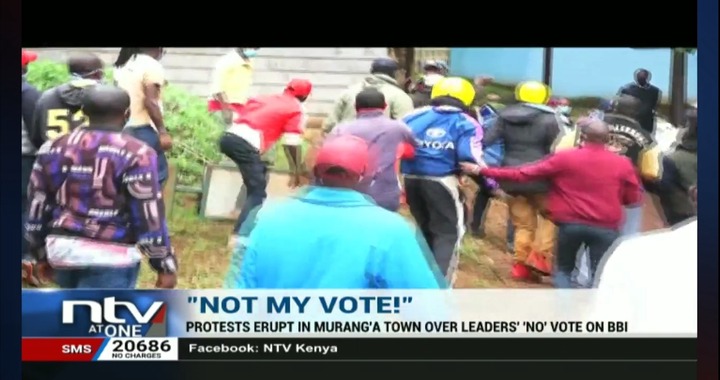 Drama ensued in Murang'a town during the wee hours of the morning after two rival groups exchanged heated blows.

According to Ntv, the groups, one belonging to Irungu Kang'ata and Ndindi Nyoro fought badly with those allied to Kieleweke's side in Murang'a county.

It is alleged the group allied to Dp Ruto allies went around town protesting after some parliamentarians from central Kenya voted for the contentious BBI report. 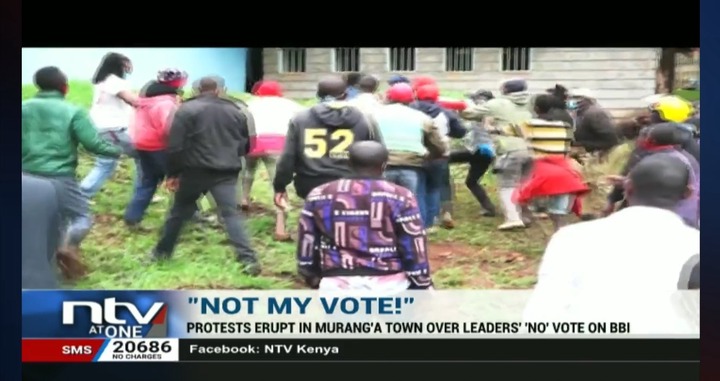 This is when a group said to have been set by some politicians from the area sent some goons causing chaos in the city.

The brutal fighting left several young men badly injured with some taken to the hospital.

Irungu Kang'ata and his close ally Ndindi Nyoro have been urging all Murang'a and central Kenya residents to vote against the contentious report that has caused a huge division in the country.

BBI is a mastermind of former Prime Minister Raila Odinga and President Uhuru Kenyatta after the famous handshake was witnessed.

Currently, the report has gone through the county assemblies, Parliament, and the Senate, now Kenyans are waiting for the referendum date where they will cast their votes accordingly.

Murang'a county has been witnessing some heated political fights of late, just a few months ago two young men lost their lives after a deadly encounter with the police officers and Dp Ruto supporters in Kenol. 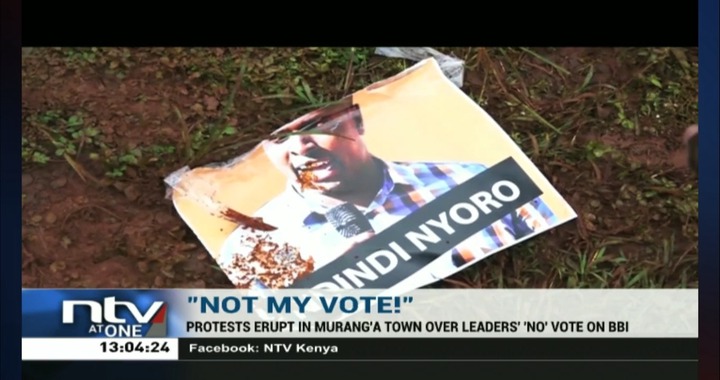