By domitrix (self meida writer) | 1 months

Njiru Kiura, 75, knows pain. The widower has lost both wives, and his 35-year-old son Moses Kimanti is no longer there. Kimanti was shot dead by police in Embu during protests against the killings of the Kianyokoma brothers, Benson Njiru, 22, and Emmanuel Muturi, 19, who were allegedly killed by police after being arrested on 1 August for violating curfew rules. 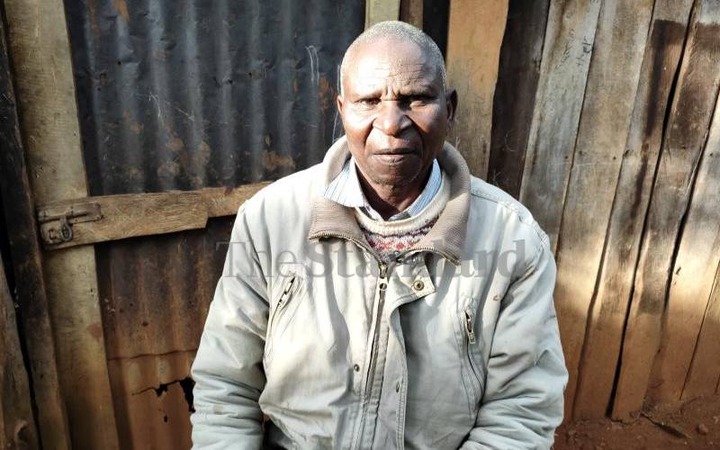 Kiura from Kenga Village, Embu County is calling for justice and wants the ODPP to investigate with the murdered Kianyokoma brothers. He says that his life changed for the worse after the death of his son.

“Since the death and funeral of my son last Saturday, I have not received any news from any government barracks. I feel abandoned. Authorities need to consolidate investigations so we can close.Let them investigate the death of my son and the murder of two brothers, ”said Kiura.

A 17-year-old father says that Kimanchi is his right-hand man and usually takes care of all of his errands, including running his coffee and tea farm. The family owns a 3 acre coffee and tea farm. “Before I died, I sent him to mow my cattle. Only so that they would call me later and say that my son had been shot, ”Kiura added.

A grieving father says that he has not recovered since the news reached him and after he saw the lifeless body of his most trusted son. Kiura said her son graduated 8th grade from Kenga Primary School in 2000 and joined him growing tea and coffee in Kenga Village, north of Embu County.

He is single, but willing to help his father run the farm and run errands. The brother of the deceased, John Ndwiga, said that the family had lost a very humble man who had never met anyone. “I work at the Mungania Tea Factory, and when I heard that someone had been shot, I was surprised to learn that it was my brother. He received a gunshot wound to the head, the bullet went through the eye and the back of the head. Ndwiga added. 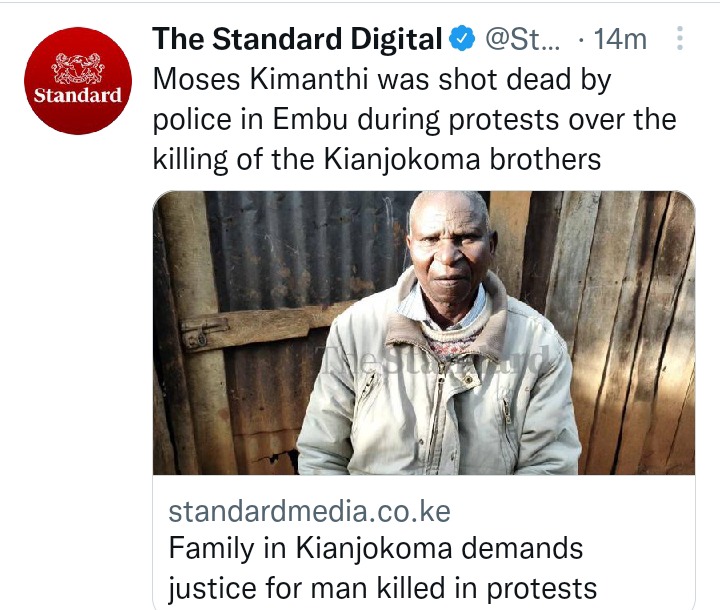 He regrets that the authorities remained silent on this matter. “I wonder why so much attention is paid to the case of two brothers, when we also lost our brother.He added that the two cases are merged because we want justice to be done.

Opinion: Why the Following Teams Will Win Their Matches in Carabao Cup Today

Things That Kisii Men Are Traditionally Forbidden From Doing

Dear Women, Use This Natural Remedy To Make Your Skin Glow