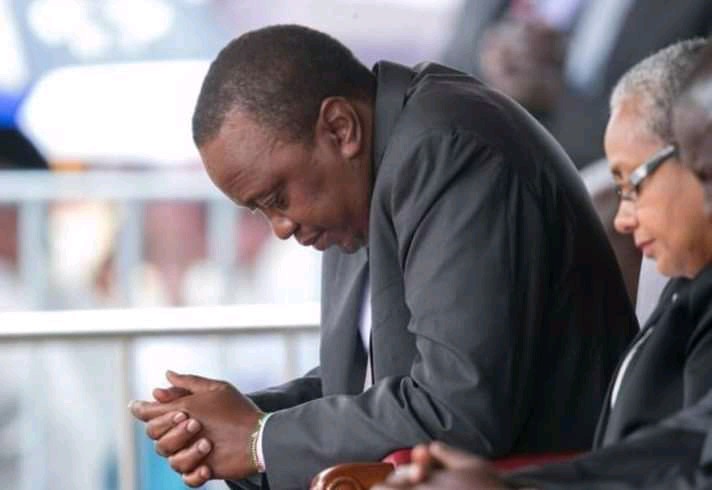 The decision by President Uhuru Kenyatta to leave out six judges on his appointment of judges to the superior courts has continued to elicit mixed reactions among Kenyans and leaders.

The Head of State, gave reasons as to why he failed to gazette the six judges, saying that they received a red flag from NIS not to appoint them.

Today, High Court has blocked the removal and investigations of the six judges that were not appointed by the Head of State and were claimed to be involved in graft.

The ruling was made by High Court judge Makau Mutua, who also added that the six judges will continue with their duties and should not be interfered with. 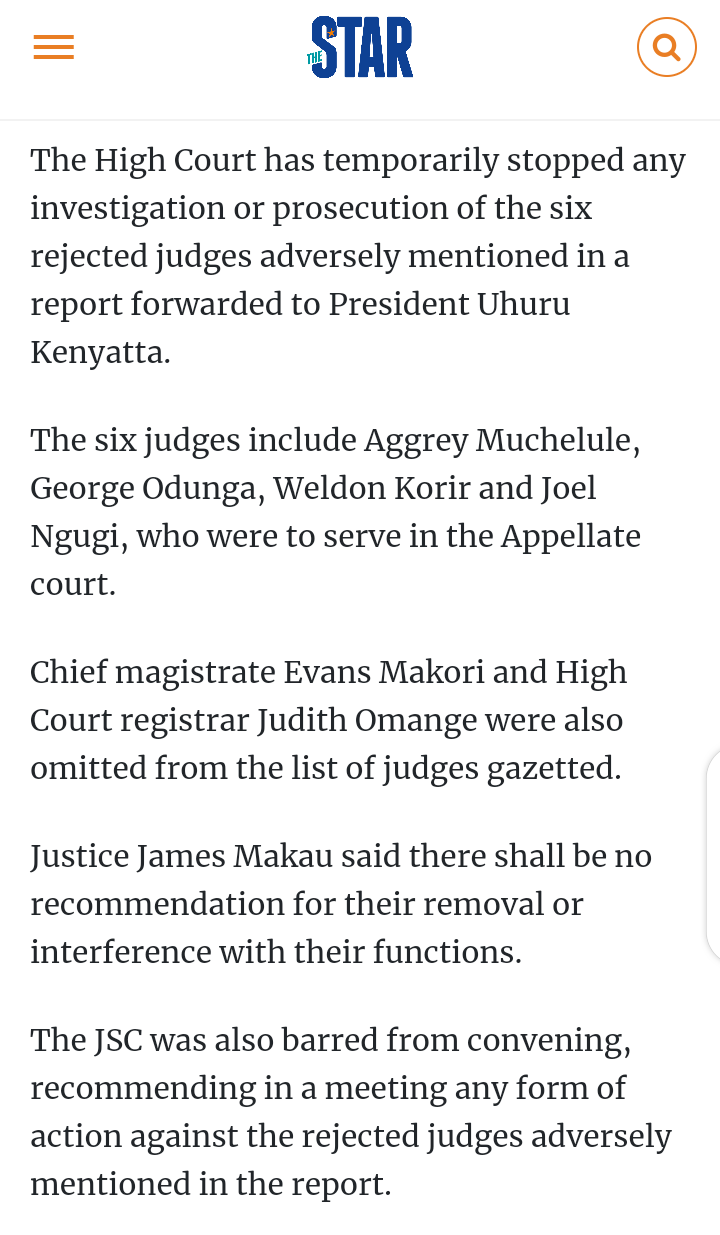 Makau also warned the State against sharing publicly the reasons as to why the six judges were not appointed by President Uhuru Kenyatta.

The orders came after a petitioner claimed that President Uhuru has discriminated against the six judges by his failure to appoint them. 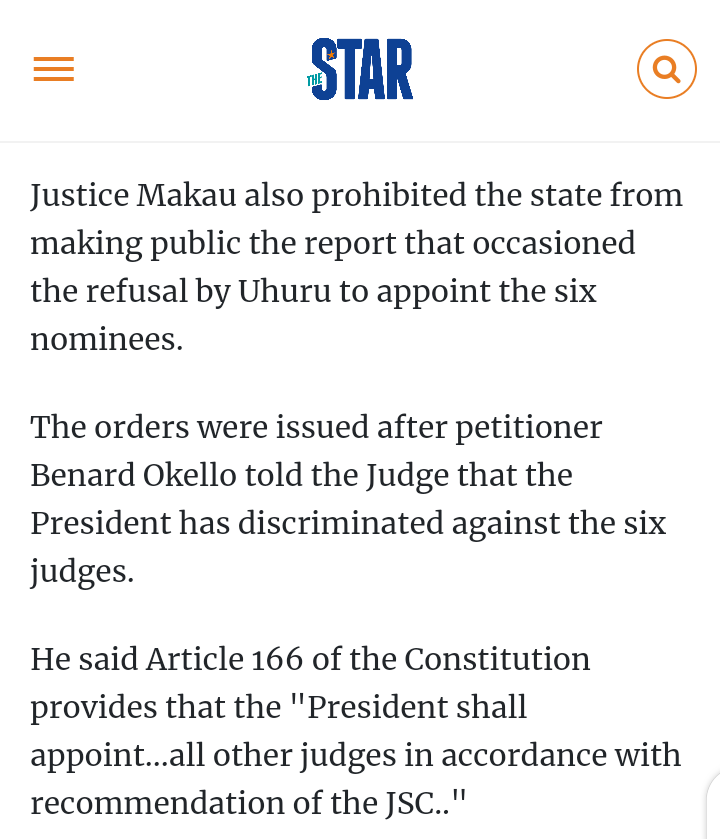 Makau's ruling among many cases that have been ruled against President Uhuru Kenyatta in the past month.

Sukari Industries Plan To Tncrease Milling Capacity To 4,500 Per Tonne Because Of This.

Is it Time for DP Ruto to Leave Jubilee Officially?

What to Do When He Says He Doesn't Love You Anymore