This morning, attention has been brought to an ongoing incident in Kedawa, Londiani where residents have held demonstrations and gone to the police station. 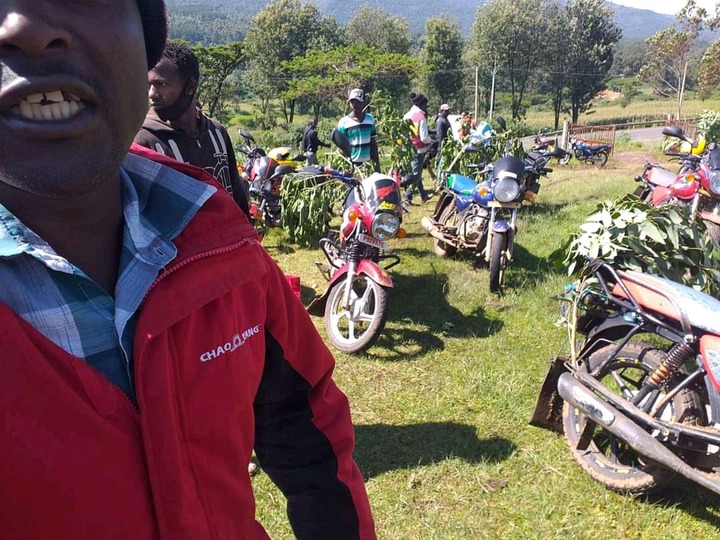 The residents are demanding for the arrest and subsequent removal of the area chief who is accused of sleeping with someone's wife. 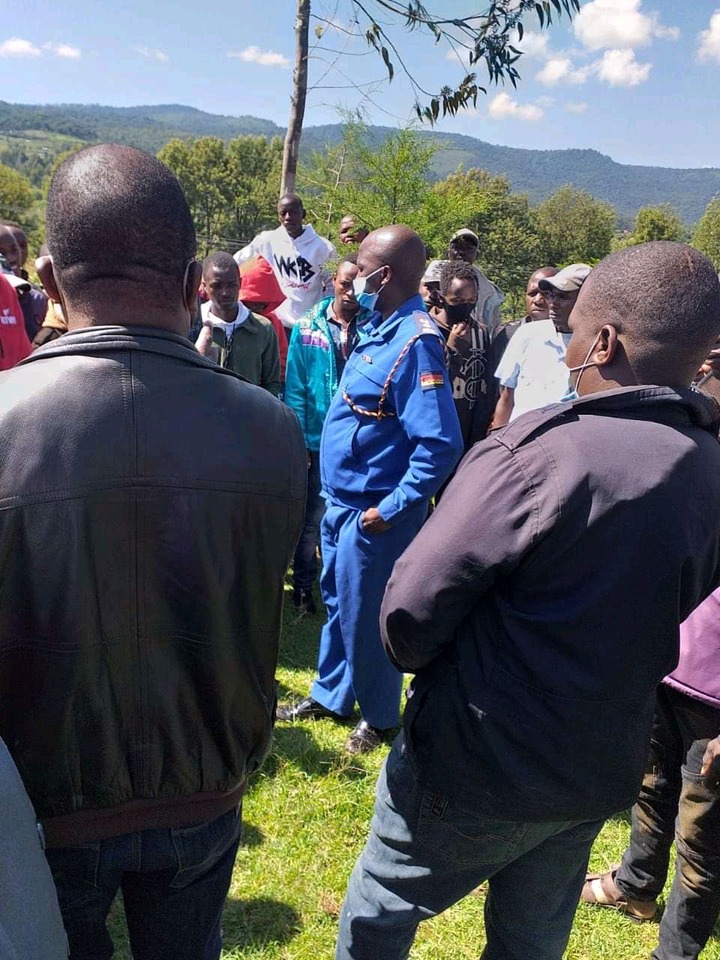 Picture Courtesy. Image from the scene.

The residents who were in their hundreds went to the Police Station with the demands and were able to be calmed and addressed by the police Boss. 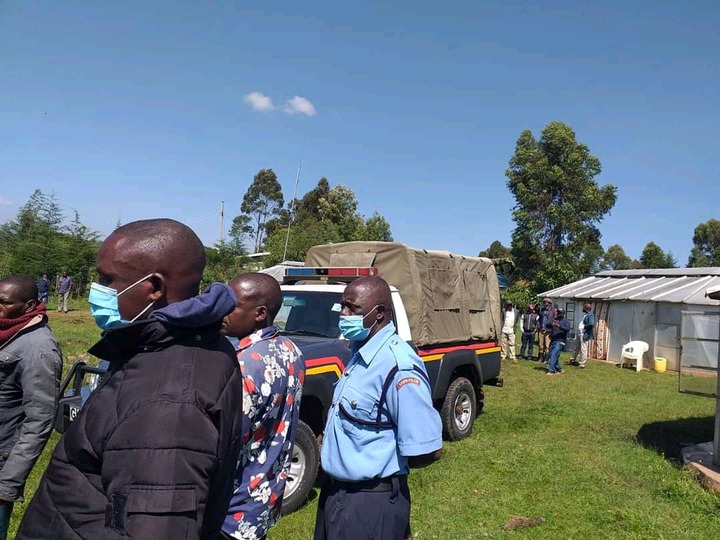 Joseph Muthungi, Londiani Police Commander addressed the residents and urged calm from them as investigations into the incident begin.

It's still unclear whose wife the chief slept with to prompt the residents to hold such demonstrations in the area. 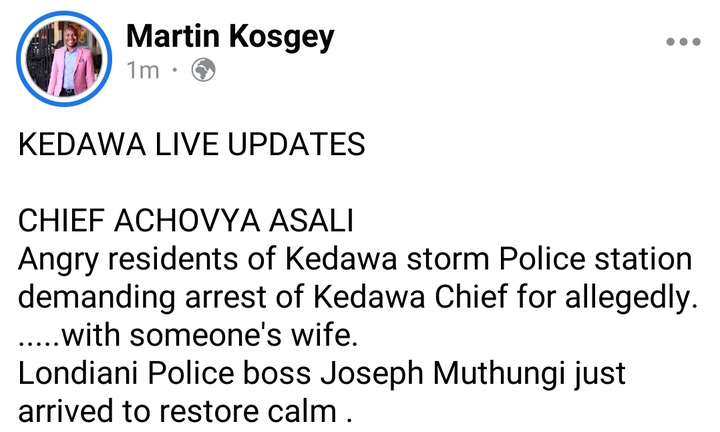 Here are some comments from Kenyans who were equally shocked by the incident that happened this morning in Londiani.

Nelly Chelanga: Nonsense those are adults and they must have had mutual understanding.

Walker Walters: But why should the Chief be arrested? Those residents are idle. 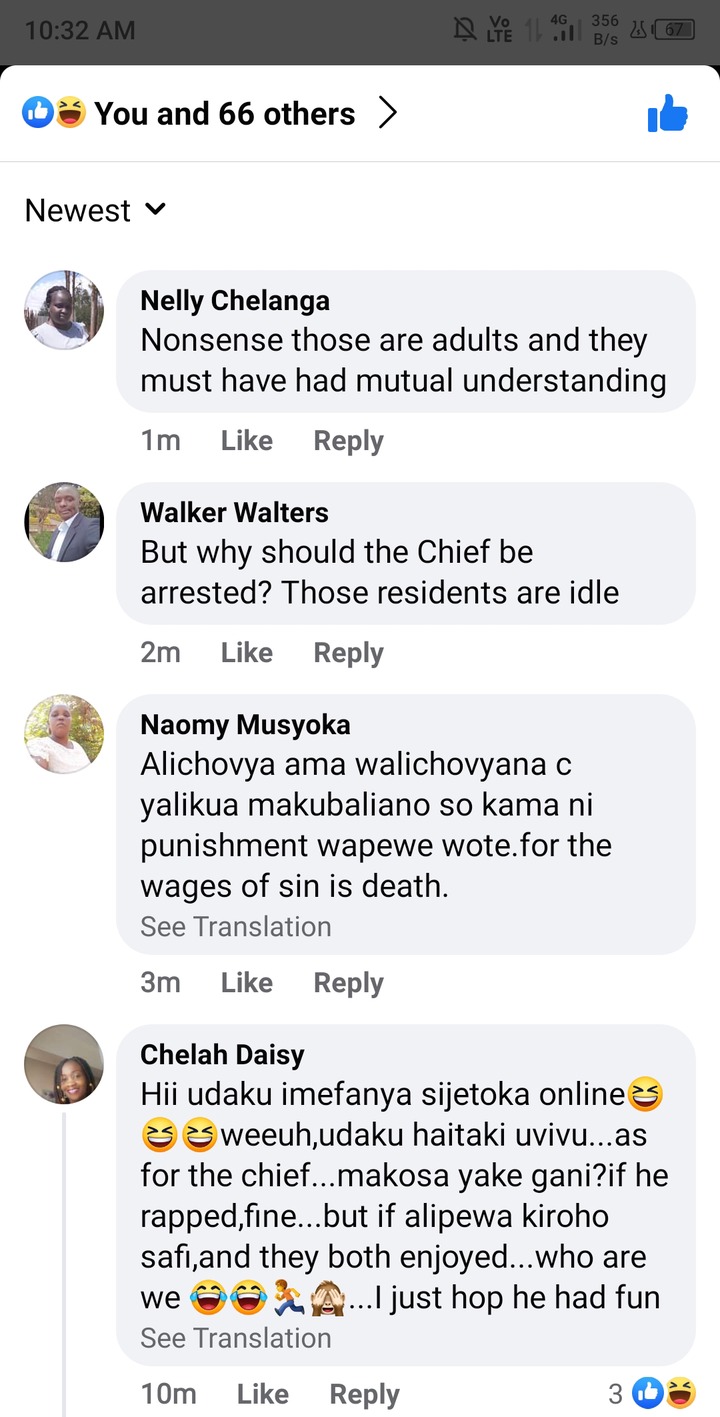