By Societynewskenya (self media writer) | 2 months ago

Exhumation in African communities was not a common thing until when the western cultures was introduced during colonial era. The death was accorded the greatest respect and his/her grave was marked using stones or trees which were not cut unless otherwise dictated by the elders for ritual purposes. 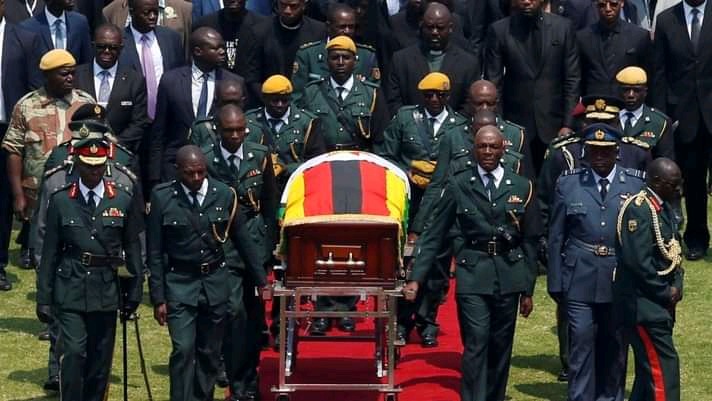 Mugabe died on 6 September 2019 at a age of 95 and was buried at Kutama, Zimbabwe. On Friday, Zimbabwean Court confirmed the ruling by traditional chief Zvimba that Mugabe's Body be exhumed for reburial at a national shrine. 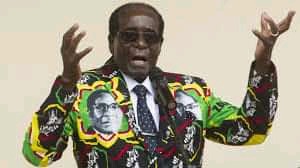 The late Mugabe's children has appealed the chiefs ruling at the magistrate Court which later overturned and an order given that Mugabe's Body was supposed to exhumed and reburied at the national shrine for luminaries of the country's 1970's liberation war. 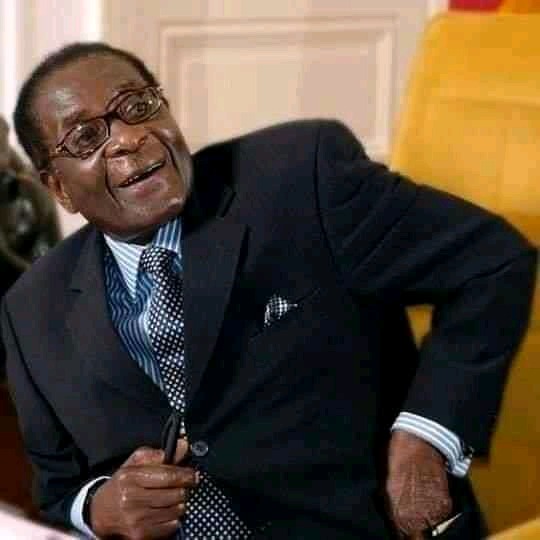 This implies that the late Mugabe's Body will be exhumed by the state from his grave iin his home at Kutama and taken for reburial. In a post shared by Nation media, netizens shared diverse opinion upon breaking of the news. 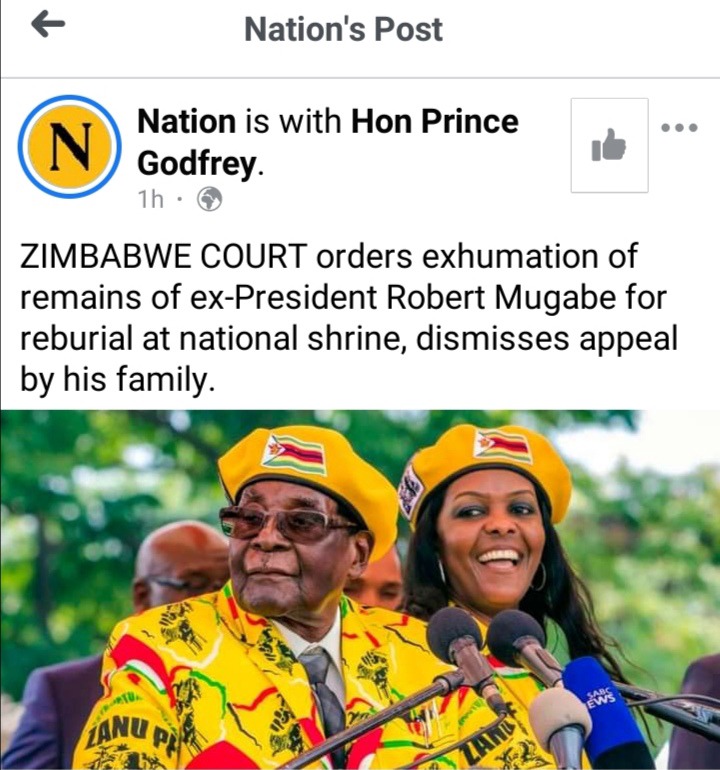 Here are some of their comments. 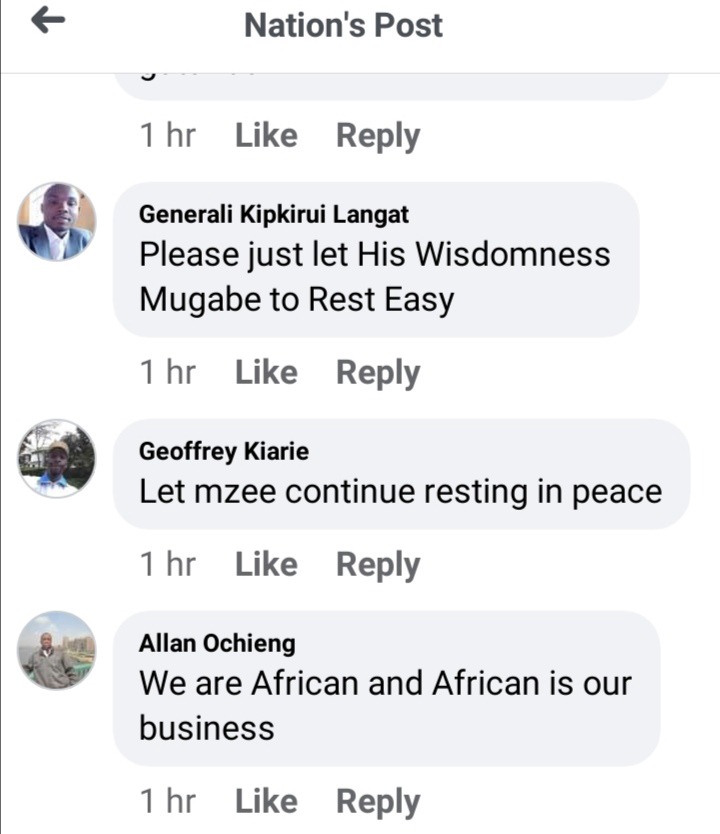 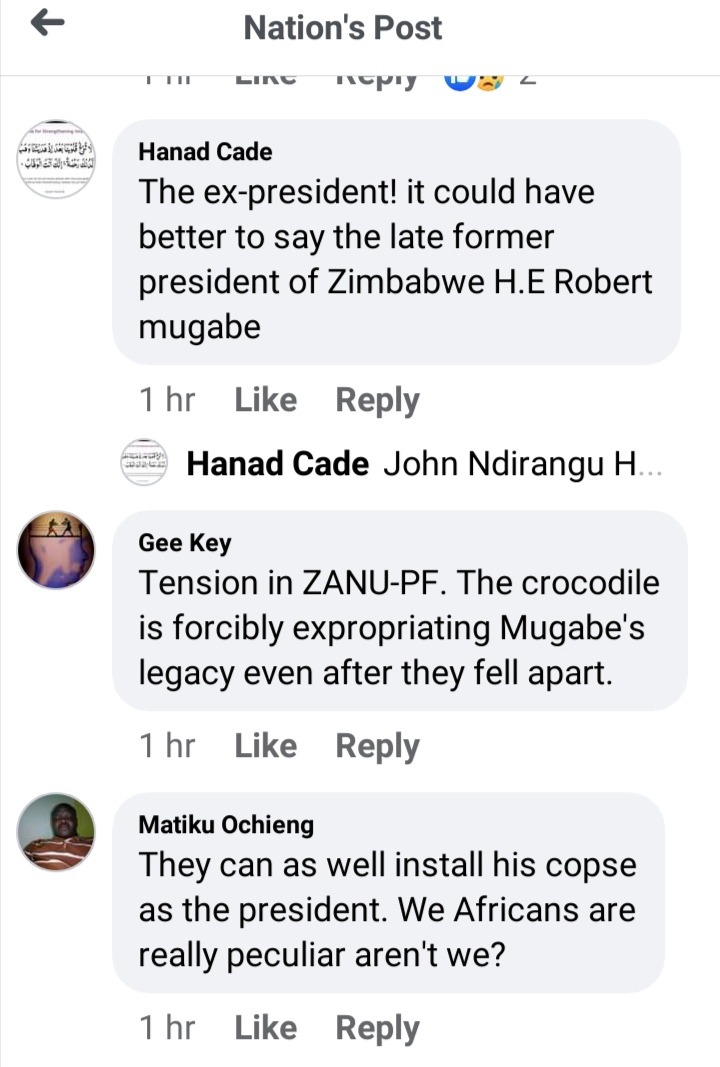 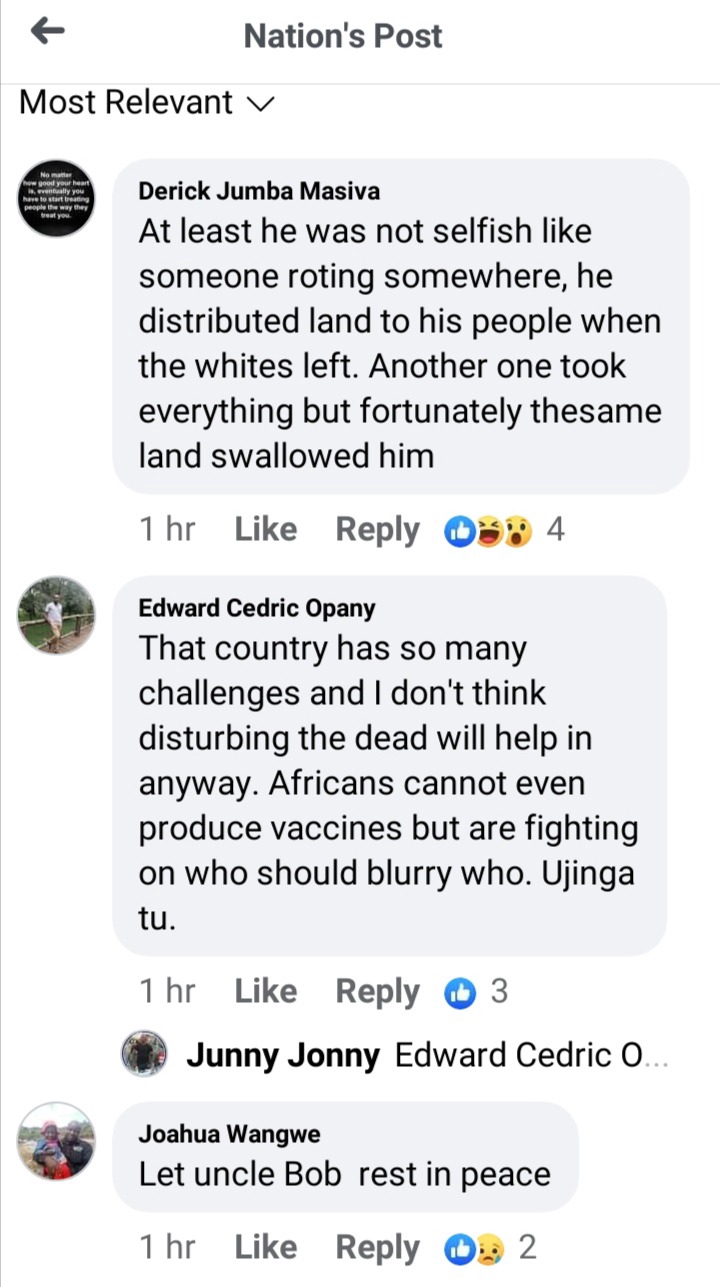 Reasons Why IEBC Has Announced Exit From 2022 Polls Preparedness Committee

Mwangi's Late Night Message, Shares a Past Critical Decision Made By President Amid Kinoti's Saga