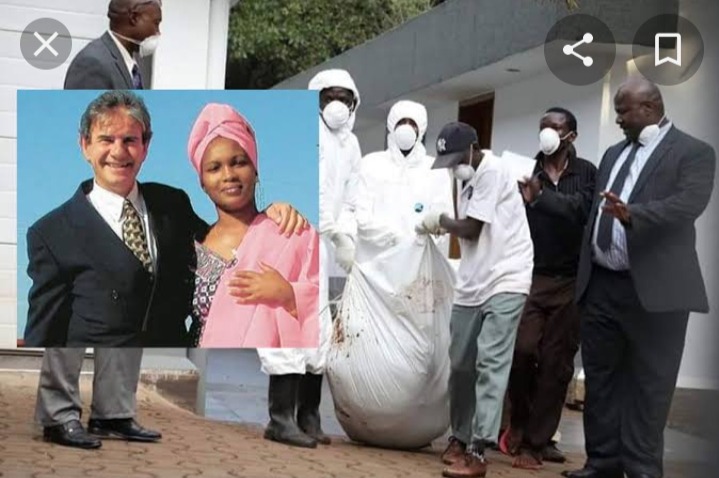 It is now close to two years since the death of a Dutch tycoon based in Nairobi, Tob Cohen was allegedly murdered in a cold blood in the year 2019. The body of 71 year old Dutch tycoon Cohen was discovered buried in a septic tank at his Kitisuru home in Farasi Lane in Nairobi. Cohen had been missing for two months.

However according to the recent report shared through the People Daily, an activist has petitioned the Judicial Service Commission to investigate Court of Appeal Judge Sabkale Ole Kantai and remove him from office.

In a petition filed yesterday, Okiya Omtatah is asking the Commission to probe the Judge over Dutch tycoon Tob Cohen's murder saga.

"The Judicial Service Commission be pleased to initiate the necessary procedures for the removal of Hon. Justice Sankale for breach of the oath of office and gross misconduct or misbehaviour incompatible with the status of Judge of Court of Appeal of Kenya." Reads the petition.

Omtatah reveals that the revelation that the Judge fraudulently transferred shares of the late Silas Ita's share in Tobs Limited to himself on April 29, 1999 and that he later transferred the same share to Sarah Wairimu Kamotho on May, 2002 was serious allegations amounting to gross misconduct.

Moreover the High court had demonstrated that Sankale obstructed police investigations into the murder of Cohen by, among other accusations, editing or rewriting Wairumu's statement to the police regarding the disappearance of Cohen and facilitating her preferential treatment by the courts. 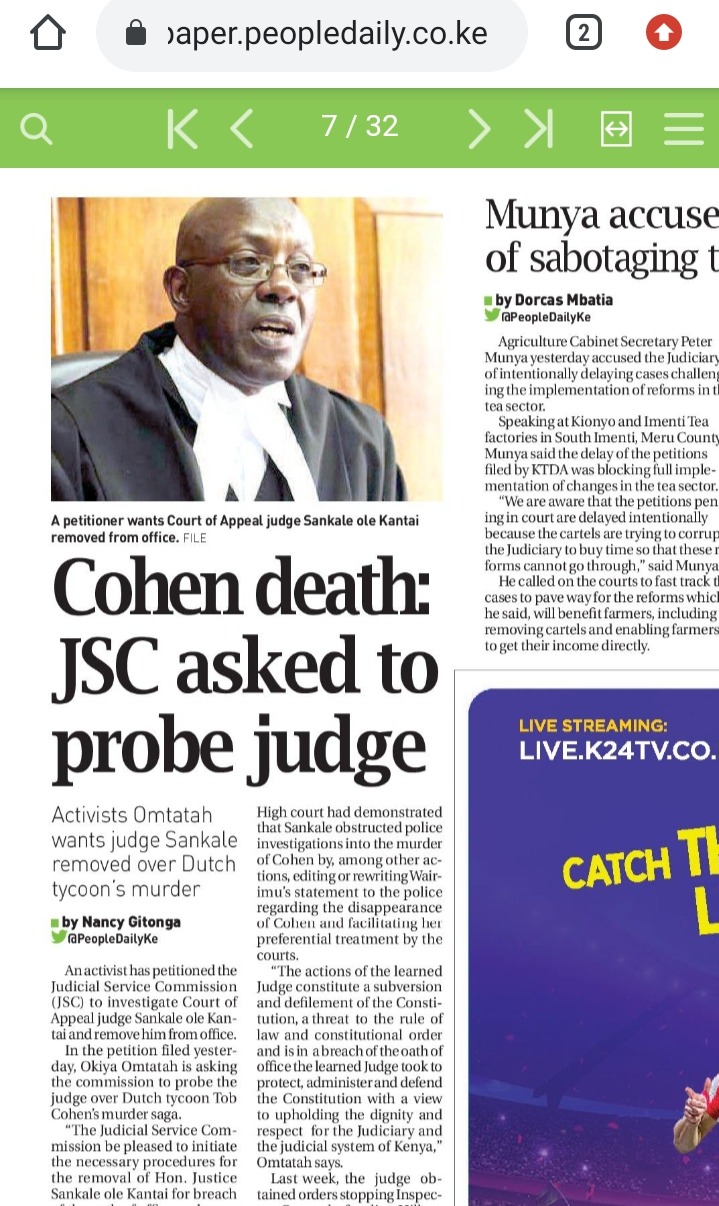