How American Priest Kaiser Was Killed For Defending Kenyans

During the Moi regime many lost their lives mysteriously.Father John Kaiser was among the victims during Moi goverment. In December,1994 the Moi government was forcefully closing down internally displaced camps in Maela,Ngong. In several occasions Kaiser went into hiding after the goverment tried to deport him.The US ambassador intervened and he was granted new work permit.

Kaiser was honored by law society of kenya with Human Rights Award for his continued rights campaign. On August, 2000 Kaiser was found lying along the road with a gunshot wound on the head.

According to the FBI investigator they concluded that the priest had committed suicide. The Kenya Conference of Catholic Bishops later requested for further investigation.The government allowed an inquest into the death of Kaiser which ended on June, 2007. 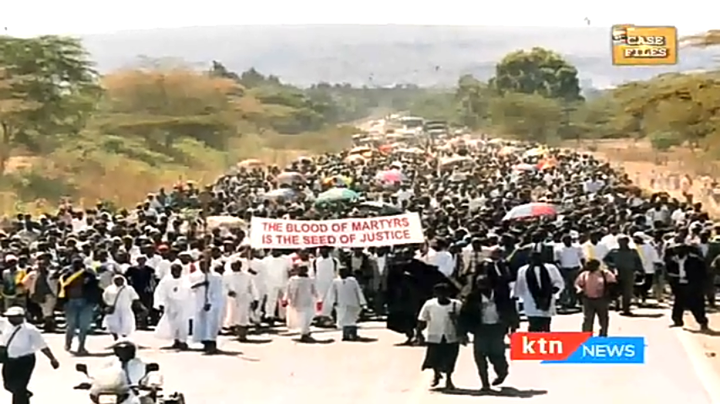 Magistrate Maureen Odero ruled and concluded Father Kaiser was murdered contrary to earlier suicidal information. She recommended for further investigation which have never been carried out.

Court Issues A Warrant Of Arrest Against Jimmy Wanjigi

Business Tycoon Jimmy Wajingi to be Arrested Alongside His Wife Nzisa

Just in: Warrant of Arrest Issued Against Wanjigi, His Wife