Man Accused Of Killing Infant While Fighting With Wife Freed By Court, Judge Reveals Why

A court has Freed a man who was arrested 5 years ago after being accused of killing his child in a fight with his wife over who was to name the child. 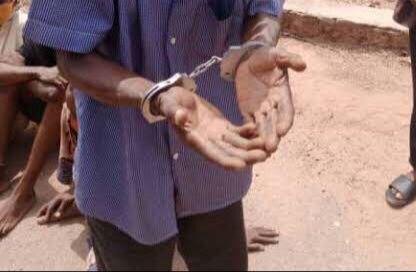 In a news report that has been shared by a reliable source of information, it has been revealed that the man, whose name is withheld was arrested after his wife pointed fingers at him accusing him of killing their baby.

After being presented in court, the judge who was presiding over the case Freed the man stating that his wife, the main witness failed to testify

It is so unfortunate that the young soul died in the process of the incident. However, I don't think that there is a need to jail the man because his wife who was the first witness failed to testify and the other witnesses who gave accounts of what happened have also revealed that they were not present at the time of the incident. They were testifying on what they were told or rather heard. ~Judge.

While reacting to this incident, Kenyans who took to their different social media accounts to express their opinions on the matter congratulated the judge for being fair to the man because he might have been judged wrongly yet he also might be innocent.

According to the reports given by most Kenyans, they called upon all courts to follow this same process because a Lot of opeoppeoplee people are ed for crimes which they did not commit just like in this case where the man already spent 5 years of his life in jail for a crime which he allegedly didn't commit 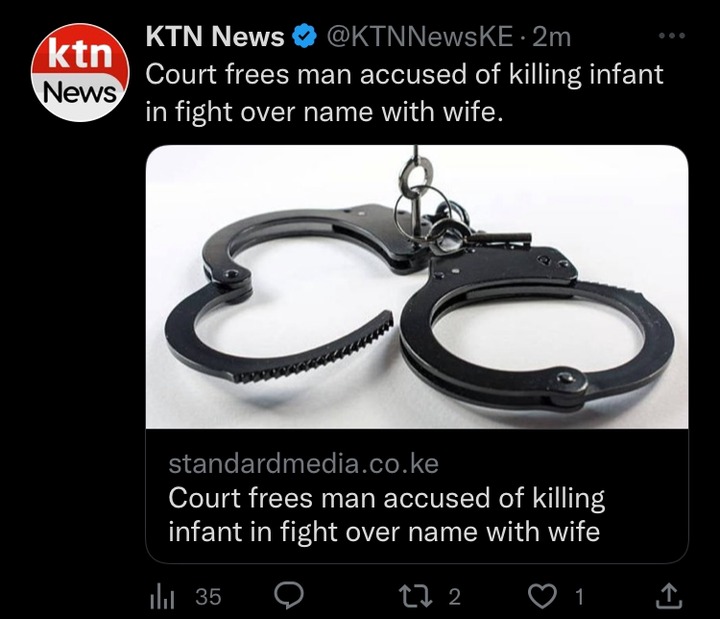