By Polimachime (self media writer) | 4 months ago

The director of public prosecution and the director of criminal investigation instigated the process that led to the arrest of Judges that is Justice should embody Justice chalulu. The two of them were arrested on charges of receiving bribes in the previous cases and being influenced to make their ruling.

Justice chitembwe is known for his ruling that saw him set a 20 year old man free upon defiling a 13 year old girl. This is some of the grounds that has been raised for his his arrest.

Elgeyo marakwet senator kipchumba murkomen has however issued a statement concerning the arrest of the two judges. Taking to his social Media account the Senator has given the reason why the judges have been arrested and has revealed it's a plan to exercise the building bridges initiative law in advance.

"The arrest of Justices Chitembwe and Muchelule is part of the wider scheme to intimidate judges to make decisions in favour of the state especially in relation to the BBI case. It's the implementation of the office of judiciary ombudsman in advance and the handshake partners are happy." 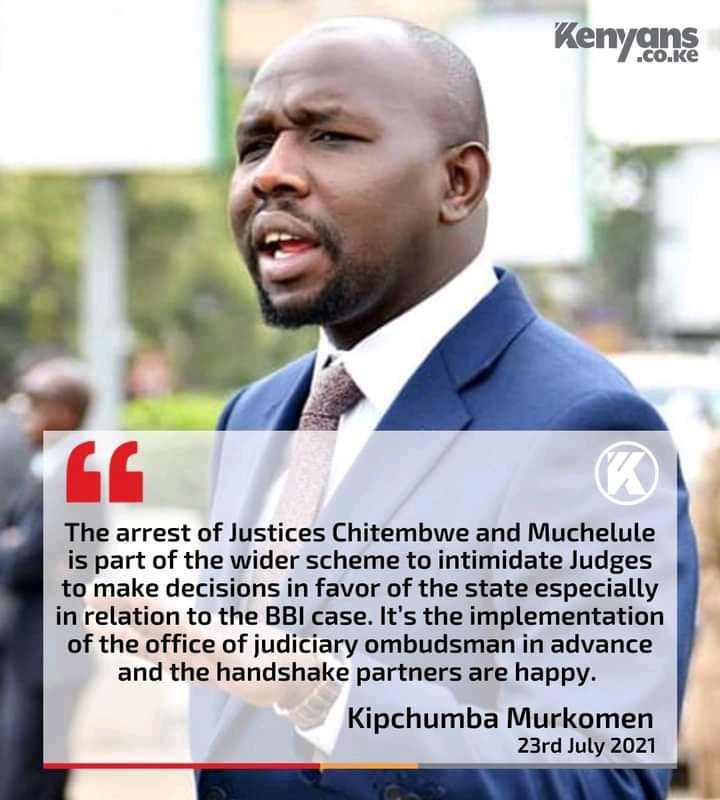 This opens up netizens since it looks as if the office of judiciary ombudsman is being practised in advance. Having a case whereby judges can be arrested is abnormal since the judiciary is independent and judges can only be arrested by following the rules provided by the constitution, that is a petition filed to the judicial service commission.