By Carenjeptoo (self media writer) | 22 days ago 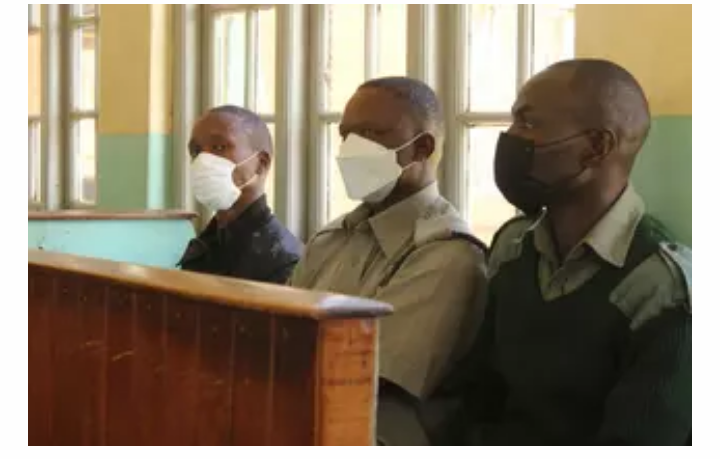 A friend of the slain Moi University medical student Ivy Wangeci has denied allegations that her friend was in a relationship with the accused Naftali Kinuthia.

The 28-year-old, who was a close friend to Wangeci and studied together at Alliance High School, testified before Justice Stephen Githinji that Wangeci and the accused had reunited around 2017 after parting ways for years since they were together in primary school.

She claimed Kinuthia would spend on her late friend by buying her gifts and sending them to her, and even calling her over for lunch.

“During Wangeci’s birthday in April 2018, we had planned a birthday party in Westlands and had raised money to foot the party bills. Wangeci had not invited Kinuthia, but after he kept asking about our birthday plans, I invited him out of courtesy. He later insisted on footing the bills,” said the friend.

She claimed that after the party, Kinuthia had told her that the accused had pulled her from the car and tried to force her to leave with him, but she declined. At the time, the witness told the court that she had left the party a bit earlier.

She told the court that the accused wooed her friend into giving in to his proposals to no avail and at first they thought that it was kind gestures as friends.

She further claimed that he also kept nagging Wangeci to get into a relationship with him, but Wangeci was not interested.

“At some point, he (Kinuthia) told me that he was feeling depressed because Ivy was not showing him any affection. He would call me to tell me about his interest in dating her, and sometimes I felt sorry for him. He kept calling until Ivy blocked him and I also blocked him,” narrated the witness.

The witness told the court that they had a WhatsApp group of three friends including Wangeci where they would discuss their lives and that on several occasions, Wangeci told them about how the accused was forcing her into a relationship.

She claimed that at some point after Wangeci refused to yield to Kinuthia’s relationship demands, he made a claim that he had spent a lot of money around Sh200,000 on Wangeci and that he wanted to be refunded the cash.

“He claimed that he would tell Wangeci’s mother about the money he had allegedly spent on her. In around March 2019, one month before Wangeci’s brutal murder , the accused had started threatening her through messages, although we did not take it as alarming,” said Wangeci’s friend.

Pepela Mutende, a police officer attached to the Moi Teaching and Referral Hospital (MTRH) narrated that he was on duty on the fateful day when he received a distress call from the hospital’s guard informing him that someone had been hacked just outside the facility’s MRI area.

“On arriving at the said scene, I found the deceased lying across the footpath. I drew near and kneeled at the traumatising scene as I looked at the lady. I noticed that she had suffered deep cuts on her head and neck and blood was oozing. She stared at me, and I was helpless,” recounted Mutende.

He further said that he immediately saw the assailant charging away from the scene, with an axe and knife in his hands.

He told the court that he ran towards him and pointed out his Jericho pistol towards him while ordering him to surrender the weapons he was holding.

“He defied the order and at the time, a crowd that was forming started pelting stones at him. He fell down, and I recovered the bloodstained exhibits before court,” recounted Mutende.

Mutende said that he also pleaded with the agitated members of the public to stop attacking the accused, as they were baying for his blood.