Reactions as Sonko is served with court order stopping expose on corruption in Judiciary.

By #The-people-daily-news.com (self media writer) | 6 months ago

- The former Nairobi County boss Hon. Mike Sonko has been reportedly served with a court order stopping expose on Corruption in Judiciary.

In recent days, the former Nairobi County boss has been running an expose on alleged curruption that has taken root in Judiciary System. 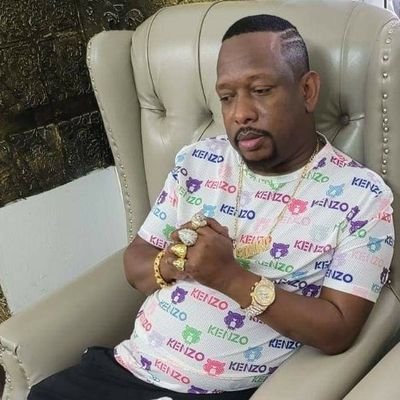 Sonko pointed out in what he termed as "Rot in the Judiciary" in which he implicated Justice Chitembwe and his former Lawyer Cecil Miller receiving millions in bribes to influence the outcome of his impeachment case beside going as far as receiving Sexual favors to advance their agenda.

However, reports grabbing headlines is that Sonko has been reportedly served with court order stopping expose on corruption in Judiciary.

Sonko details he had just gotten to his residence after a long day of tying up the subsequent episodes being 5B, 5C, 6 A, B and 7; only for his security to notify him that a court order has been served upon him ostensibly gagging further release of the expose.

"Curiously, high court's Case number E283 of 2021, before Justice Sergon who was also mentioned in the exposee, the plaintiffs are the two beleaguered lawyers who duped me in my criminal case and abandoned me at the height of my impeachment proceedings after being paid stupendous sums of money under the guise of legal fees." His statement read.

According to Sonko, the two beleaguered lawyers, the is, his former lawyers have now obtained a court order E56 of 2021 before the Millimani chief's magistrate's court that restrains him from making further posts.

Sonko has promised as a law abiding citizen, who abides by the rule of law, he stand guided and fully comply to the same order adding that he will challenge the same order at the inter-parties hearing.

The city Lawyers, the one Ahmednasir Abdullahi has faulted the Court Order saying gagging Hon Sonko from telling the GRAND TRUTH on judicial corruption is unacceptable. "Kenyans are entitled to know the whole story..." 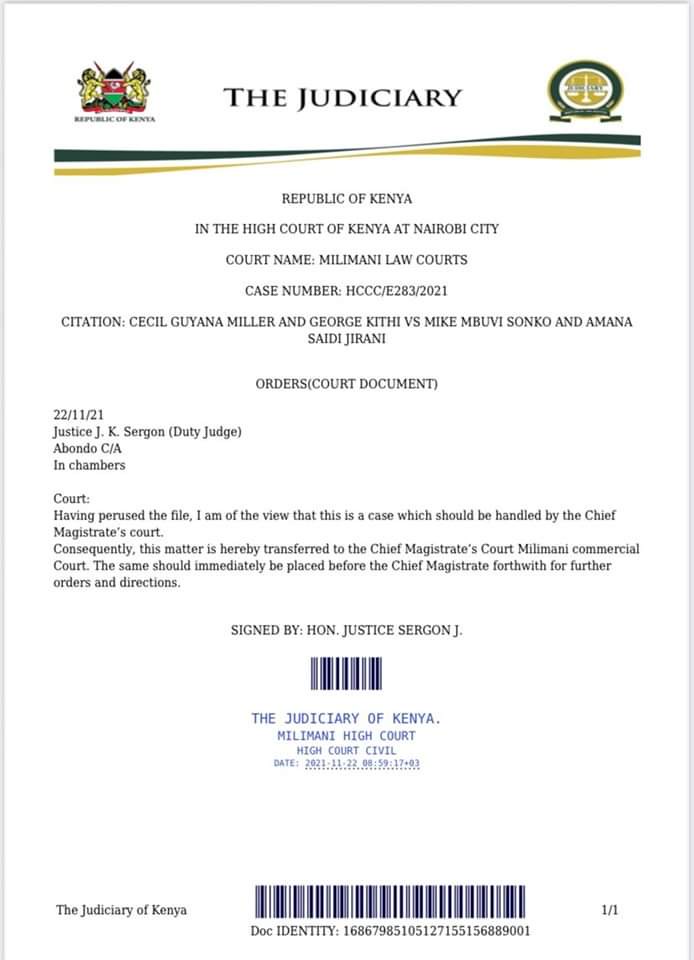 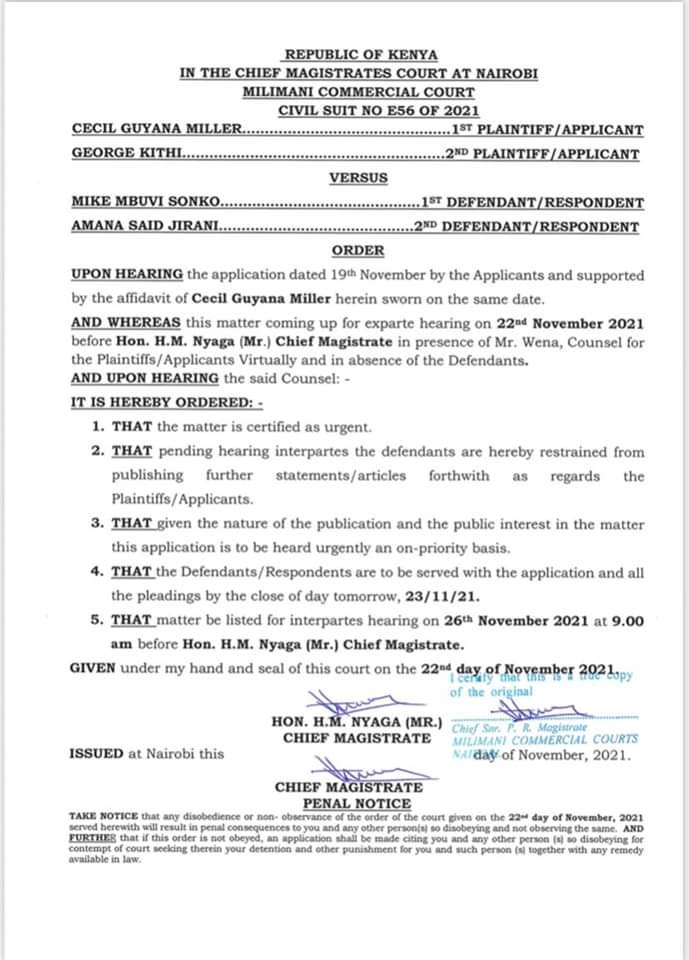