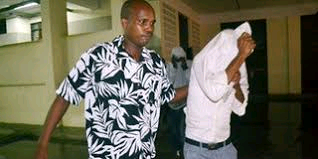 The High Court in Meru has jailed a boda boda rider who defiled his current wife at the age of 16.

Justice Edward Muriithi ordered that even though the lady had explained to the court she is now married to Jackson Bundi’s wife, she was unable to reveal the incident seven years ago.

The judge's ruling also relied on incidents where the woman's participation in sex cannot be tabled in a defilement defence. 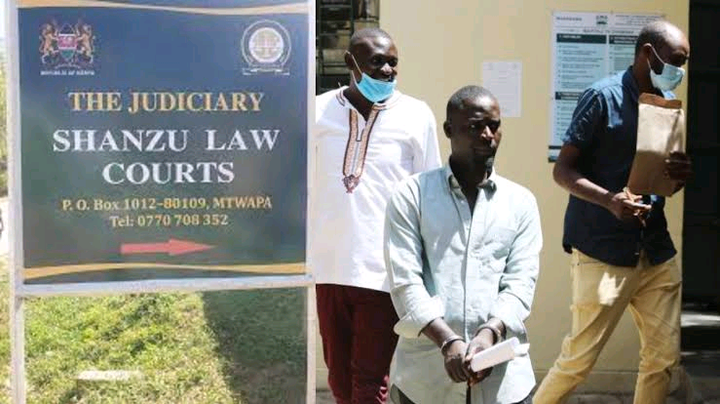 Justice Muriithi felt sorry that the duo had a kid and Bundi’s sentence robbed the family of a breadwinner, arguing that the law should protect every child from defilement cases.

In a ruling that could prevent early marriages and defilement, Justice Muriithi ordered that the recent marriage between the duo could not be be relied on as a defence.

While testifying before the court, the woman, now 23 years, confirmed to the court that she had personally went to Bundi’s house, where they were staying as man and wife. 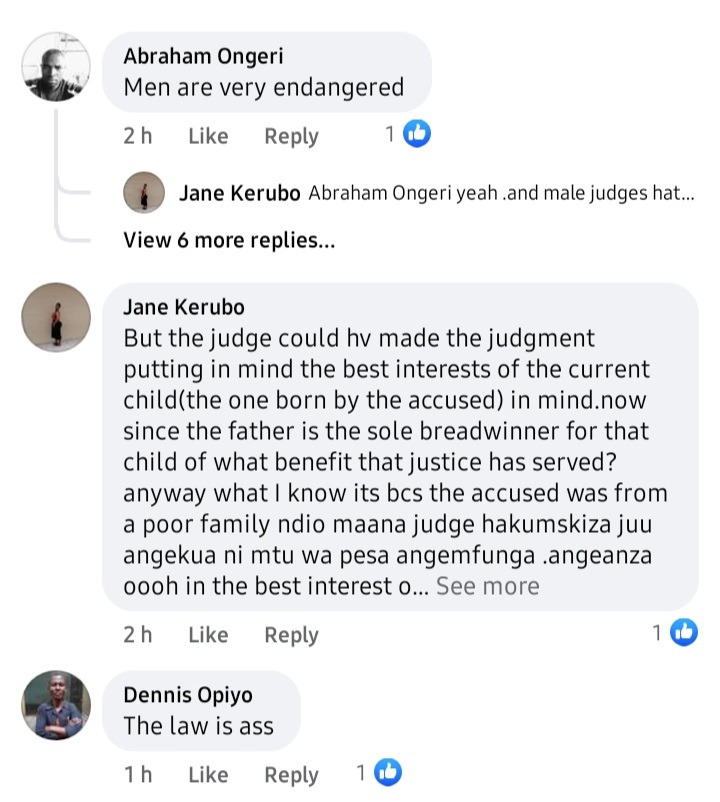 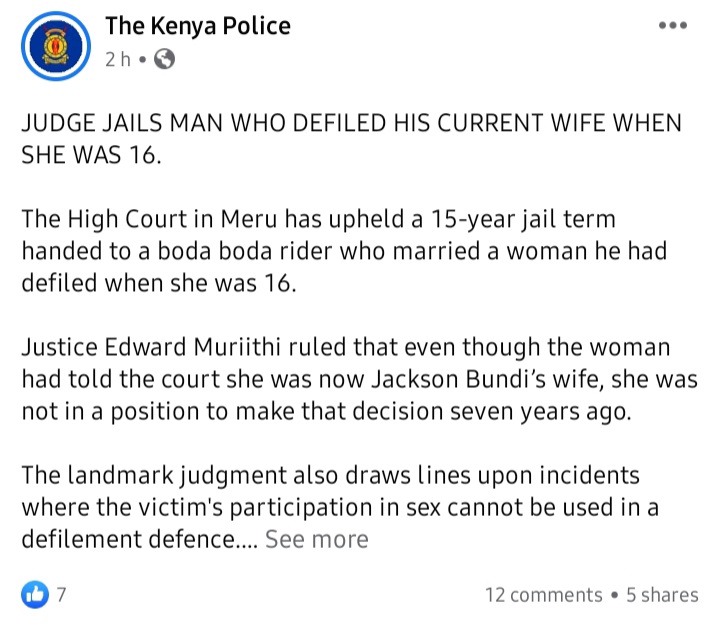 Justice Muriithi read out Section 4 of the Marriage Act which spelt out that the minimum age for marriage is 18 and willingly discourage children from marrying.

Bundi was on January 23, 2020, found guilty of defilement and was imprisoned to 15 years jail term by Tigania Principal Magistrate Paul Wechuli.

The court heard that on December 5, 2014, in Nkomo location in Tigania West, he defiled a girl aged 15.

Bundi denied, claiming that the complainants had no proofs on their complaints and that the jail term was too long as compared to her case.