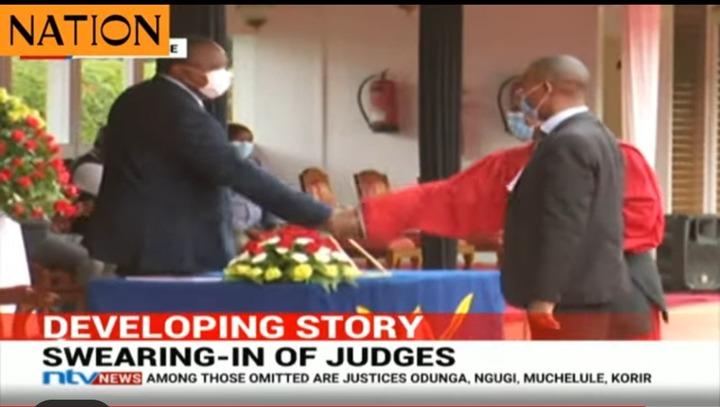 Judge Imaana Laibuta pleased the Head of State to a point that the president extended a handshake unlike he did to the rest of the judges who were sworn in together with him.

The court of Appeal judge had his side next to him who guided him right from the seat, to the swearing in station and later on led him to the president. 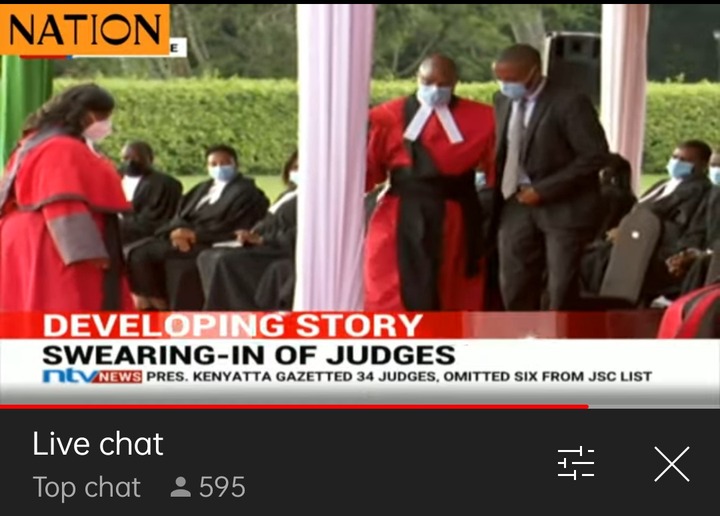 He also led him to greet the Head of State and later showed him the seat that he resumed after he had successfully gotten the honour of becoming a judge of the Court of Appeal.

Dr. Laibuta holds an LLB (UoN), an LLM (LSE), an LLD (UoN) and an Advocate of the High Court of Kenya. He is the Managing Partner at Laibuta, Kamau & Co. Advocates. He is a lecturer at Technical University of Kenya. He is a recipient of the Foreign and Commonwealth Office Scholarship Award.

4 Businesses You Should Not Invest in Using Hustler Fund Money

Female Teacher Arrested After she Slept with a Male Student in Primary School, Gave Students Alcohol