"We Have Been Receiving Threatening Messages", Judges That Nullified BBI Cry Out For Protection

By INTRODUCTION (self meida writer) | 1 months

The five bench panel of judges who delivered ruling nullifying the building bridges initiative are pleading for more police officers to be added to their security details after revealing that their lives are now in danger after the court ruling. The judges who ruled that the initiative was unconstitutional and that the president was acting under his interests, stated that since the judgement, they have been receiving threatening messages on their lives from private and unknown numbers. 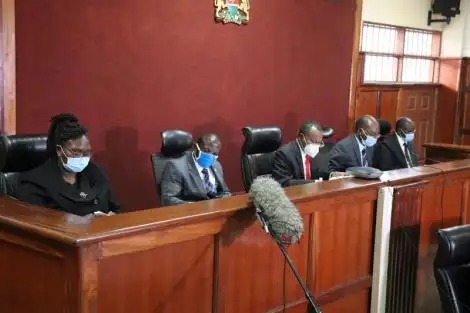 According to a reliable source, the judges have not been staying at home as they fear that unknown people have been gunning for their lives as one judge revealed that he escaped an attempted carjacking. He stated that as he was from work, his driver had to drive around town for sometime as they noticed another car had been following them for a while. After loosing them, he had to drive at a secure sight so as to be sure he was safe.

The judges furthermore stated that they are now more worried for and about their family members who in most cases haven't had a piece of mind since the ruling also fearing for their safety. 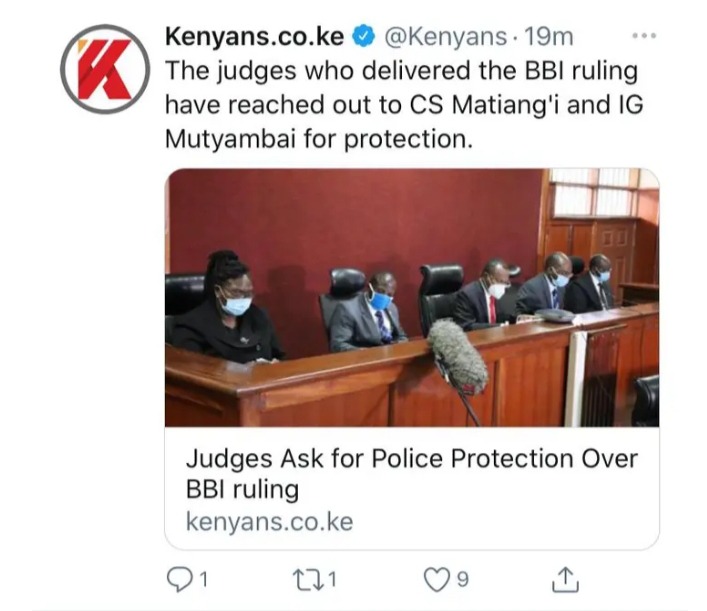 They have called upon cabinet secretary for Interior Fred Matiang'i and IG Mutyambai for protection claiming they are not safe. Police are on probe to investigate the threatening claims.