By LatestnewsinKenya.Com (self media writer) | 1 month ago 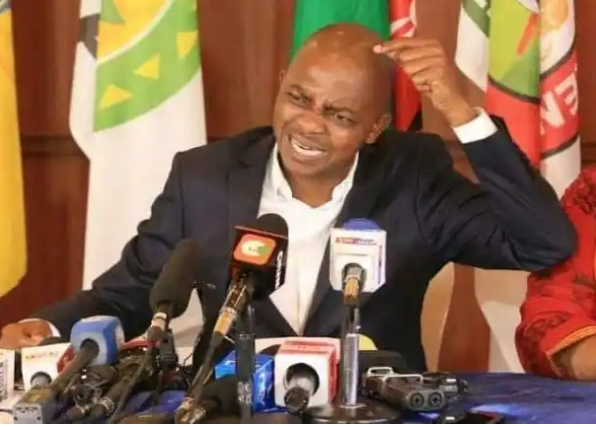 Football Kenya Federation President Nick Mwendwa has lost his attempt to stop arrest and prosecution over misappropriation of funds at Kandanda House after the High Court dismissed a petition he had filled to gag the Directorate of Criminal Investigation (DCI) and the Direction of Public Prosecutions (DPP).

Mwendwa had on 1st October, 2020 through lawyer Tom Ojienda sued DCI and DPP alongside Journalists Milton Nyakundi, who had filed a complaint with the Banking Fraud Investigation unit of DCI, seeking the court to find that Nyakundi had no locus to complain over FKF matters since he was not a member of the football governing body.

However, Justice James Makau dismissed the petition saying it lacked merit and was premature and speculative.

“I therefore find the petitioners’ prayers for an order of a permanent injunction prohibiting the DCI and DPP summoning, investigating, charging or prosecuting the petitioners with respect to financial management of FKF is not Justified in the circumstances of this case,” declared Justice Makau.

Nyakundi had petitioned the BFIU and Ethics and Anti-corruption Commission to investigate fictitious transactions at Kandanda House, including direct transfer of funds from the federation’s to Mwendwa’s personal accounts.

In his submission during the hearing, the FKF boss had urged that the summons by the DCI amounted to a violation of his fundamental rights as enshrined in the Constitution and the procedure to summoning him for statement recording had contravened the Fair Administrative Action Act.

He had also maintained that acting in Milton Nyakundi’s complaint was inappropriate for the reason that he was not a members of the FKF and that all financial translations had been given a clean bill of health through the federation’s internal audit system.

Nyakundi argued that he had the right to move to court to seek recourse because FKF receives million of money from the public coffers and therefore accountability of such funds must be subjected to public finance management laws and regulations.

The DCI and the DPP, on their part, had submitted that the investigation were just part of the judicial system and did not necessarily mean one is guilty.