Deputy president's convoy was recently stoned by rowdy youths during his Busia tour. The interior security cabinet secretary addressed the issue and promised Kenyans that the culprits will be brought to book. The politicians were also allowed to visit any region of Kenya and talk to people without any confrontation from the public. The young and energetic men who stoned the vehicles belonging to DP Ruto's convoy have now been arrested and taken to court. The eight suspects which include six men who are over 25 years and the other two who are 14 and 16 years of age have been arraigned in Busia Court presided by Lucy Ambasi who is the Chief Magistrate.

When dealing with the case, the magistrate kept in mind that the suspects are entitled to bond. She however decided to do it the hard way after being persuaded by the prosecution to deny them bond on various grounds. 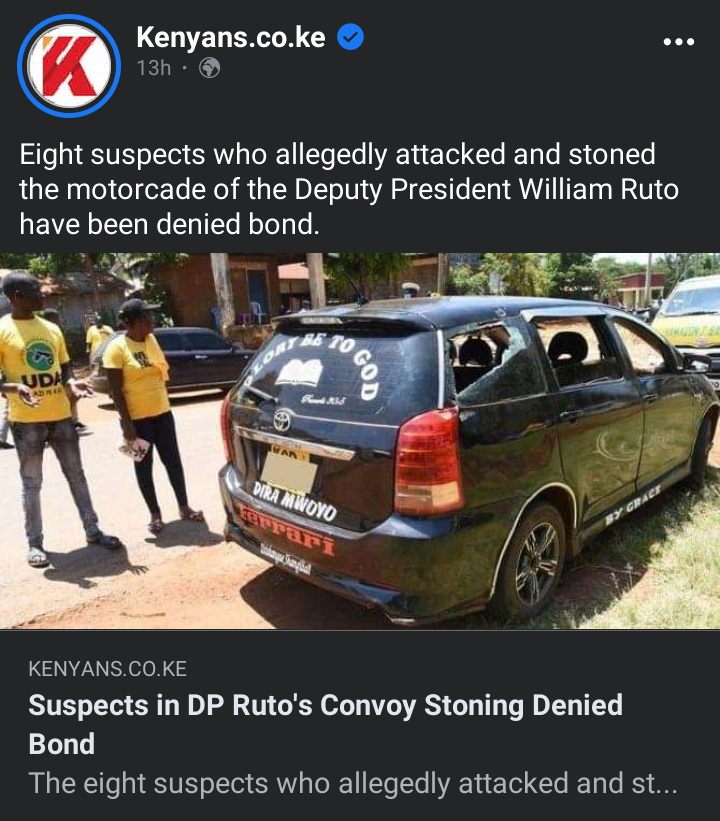 The young men will now remain in custody waiting for their case to be heard on November 5, 2021. Some Kenyans are happy with the rulling while others are not. For those who concur with the Chief Magistrate have applauded her actions so that it can be a lesson to those who have plans of barricading politicians rallies in future.

For those who do not agree with the ruling have terms the Magistrates ruling as an oppression to those who don't have power in the country. The people who have power and money are left to walk free after injuring people. They talked about the case of Senator who shot a woman but he was released on a bond while the lady is still in hospital.