End Of The BBI? Attorney General Withdraws A Petition Seeking to Appeal On The BBI Case

By SouthRiftBlogger (self meida writer) | 1 months

Some few days ago, president Uhuru Kenyatta and his handshake brother hon Raila Odinga suffered a huge blow on their BBI bill. This was after the ruling by the high court Judges where they said that the BBI bill as we as the entire process was null and void. According to them, constitutional processes was not followed by its proponents. 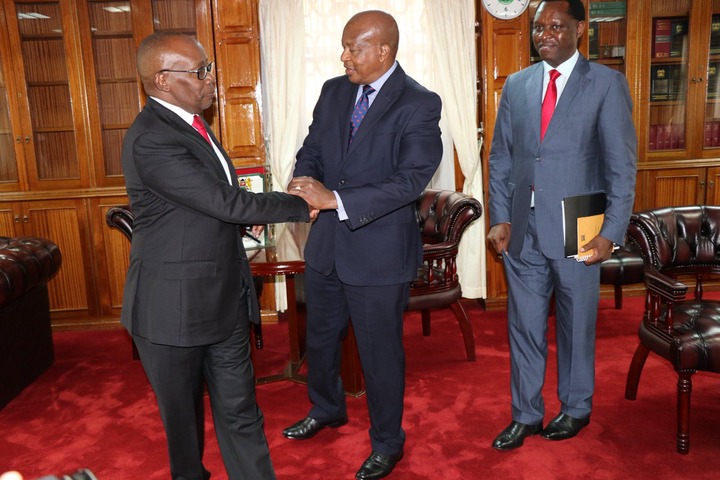 Now, after this ruling, two sides emerged. One side supported this ruling as the other side opposed it. UhuRaila's camp were the one who were opposing this ruling saying that the ruling was wrong. These people went ahead to file a petition seeking to appeal on this ruling. They did this through the attorney general Mr Kihara Kariuki.

Now, some few minutes ago, new twist emerged. This was after the move by Mr Kihara Kariuki to withdraw a statement seeking to appeal on the BBI case. This information was released by the office of the attorney general today. 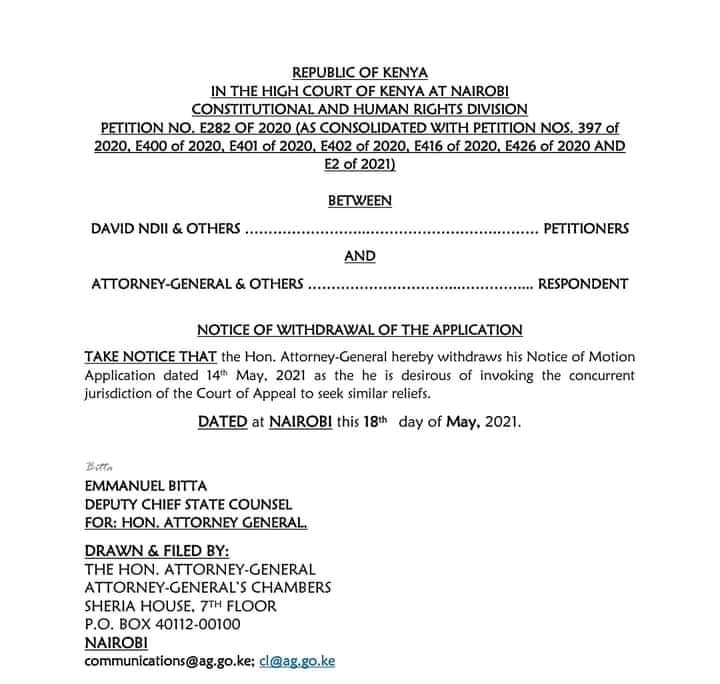 Now what do you think about this move by the attorney general? Will this be the end of BBI bill? Drop your comment.

Government Announces The Number Of Students Who Will Join Universities As Over 42 Thousand Misses.

Gov. Mutua Pens Down His Wife Sweet Birthday Message, Prays For Many More Years Of Blessings For Her