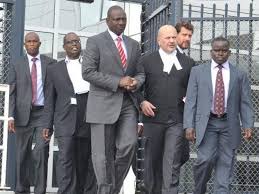 Mr Gicheru is accused of offering P-0397 KES 5 million in payment in exchange for withdrawing as a prosecution witness and ceasing cooperation with the ICC. This occurred when the identities of the witnesses in the Ruto case were revealed to the defence of Ruto and Sang.

An anonymous individual is accused of approaching P-0397 and telling him that "there was a gang of people working for Ruto who were directed to locate ICC witnesses and give them bribe money in exchange for their resignation as prosecution witnesses."

Gicheru informed (the unidentified individual) that P-0397 was a witness who had to be compensated. "They settled on a figure of KES 5 million in cash after some negotiating," the prosecution claims. 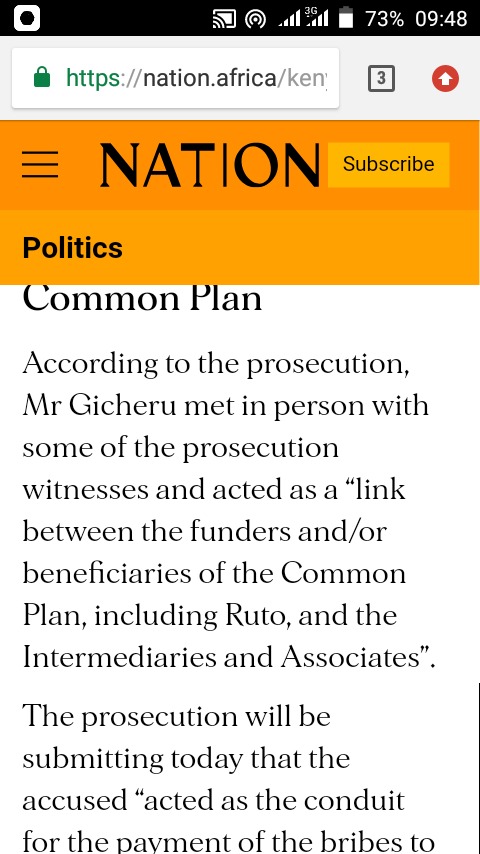 P-0397 earned KES 600,000 after signing the affidavit, which is presently in court. Mr Gicheru instructed the witness not to deposit the money in the bank "to prevent discovery by the ICC guys" and handed him his business card.

Paul Gicheru surrendered to Dutch police in response to an ICC arrest request issued under secret. Paul Gicheru was handed over to the ICC once the requisite national processes were completed. His first appearance before the Court was on November 6, 2020. 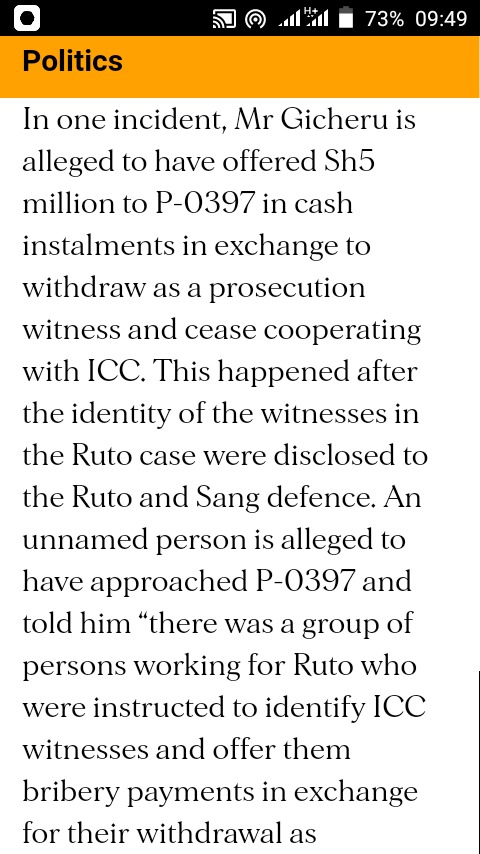 On February 1, 2021, he was released to Kenya with some restrictions on his liberty. On July 15, 2021, ICC Pre-Trial Chamber A affirmed the Prosecutor's accusations of crimes against the administration of justice against Paul Gicheru and committed him to trial. The trial began on February 15, 2022. On March 29, 2022, the Prosecutor's Office finished its evidence presentation. On April 25, 2022, the Defense indicated that it would not offer any evidence.

The concluding remarks in the case The Prosecutor v. Paul Gicheru are set for June 27, 2022, at the International Criminal Court ("ICC" or the "Court") in The Hague, The Netherlands.