By Onestrong (self meida writer) | 8 days 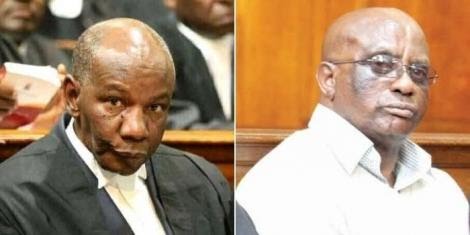 Those who had time to listen to the recenty concluded JSC interviews for the position of chief justice where Justice Martha Koome was finally appointed can attest that the Muruatetu case was really a matter of concern. The case is extremely important for the fact reason that Muruatetu through his lawyer Fred Ngatia successfully managed to overturn the death penalty.

Muruatetu and his accomplice Wilson Thirimbu were accused for the murder of Nairobi businessman Laurence Githinji way back in 2000. They had pretended that they wanted to buy land to the businessman to which they were taken to the said land. However as they moved there, they had barbed wire and panga's as well machetes which they instead used to Kill Githinji on the scene as well beat his driver King'ori to near death who has lived to tell the story to date.

The case law has been used in different countries as a precedent as it was successfully litigated and confirmed unconstitutional by the Supreme Court of Kenya. Muruatetu argument was that the death penalty was a determined issue before somebody was heard hence going against the independence of the Judiciary.

They also argued that the penal code 204 took away the right to life of a person as enshrined in the constitution as well was an impediment to the right of fair trial and eventually won against death penalty but were instead put to life imprisonment. Today Muruatetu and his accomplice are serving parmanent life sentence as they cannot be ganged to death.