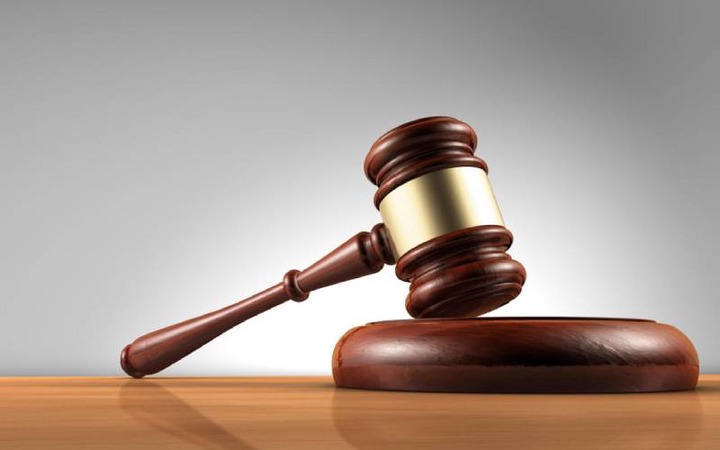 The High Court has surprised many after it allowed a woman from Uasin Gishu County to end her 24-year marriage on grounds that her husband was cruel and lazy.

She was allowed to exit the marriage after convincing Judge Eric Ogola that the man she married when their love blossomed had claimed to have received a calling from God and stopped working.

EJL told the court she was married in December 1997 at a church in Iten, Elgeyo Marakwet County, and suffered cruelty from her husband for more than 10 years after the marriage.

“The petitioner avers that after their marriage, the respondent began to be cruel over 10 years. He refused to work and claimed he had been called by God. He sold land belonging to the petitioner by force, claiming that it was bearing his name and not hers,” Justice Ogola said.

She further stated that she had been forced to leave her matrimonial home in March 2008 as she could not bear the cruelty anymore.

After leaving, her husband sold every valuable asset they owned and continued to ‘nag and abuse her.’

BKK neither opposed the petition by filing a response nor did he court sessions during the hearing of the case.

He allowed the request for divorce and dissolved the marriage, saying the case presented in court met at least one requirement for granting a divorce.

The respondent has not controverted the allegations of cruelty. The standard of proof is on a balance of probability and I find that the same has been satisfied,” stated Justice Ogola. 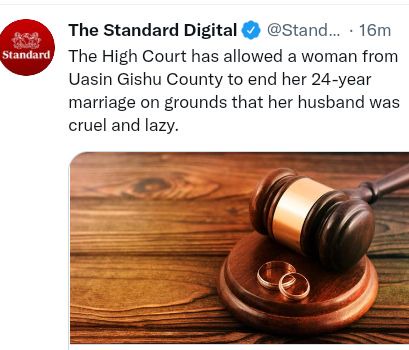 4 Possible ways To Ensure She misses you

"May his Soul Rest in Peace..." Kenyans Join DP William Ruto in Mourning

Thursday: Excitement In Orange House As More Mudavadi's Allies Are Set To Be Received By Odinga

FACT CHECK: Viral Video of a Man Allegedly Tossing His 4-Month-Old Baby in The House is Not Real