Bad News to DCI Kinoti as Itumbi, Ahmednasir Gang Up and Call for His Imprisonment at Kamiti

By hagginsMedia (self media writer) | 1 month ago 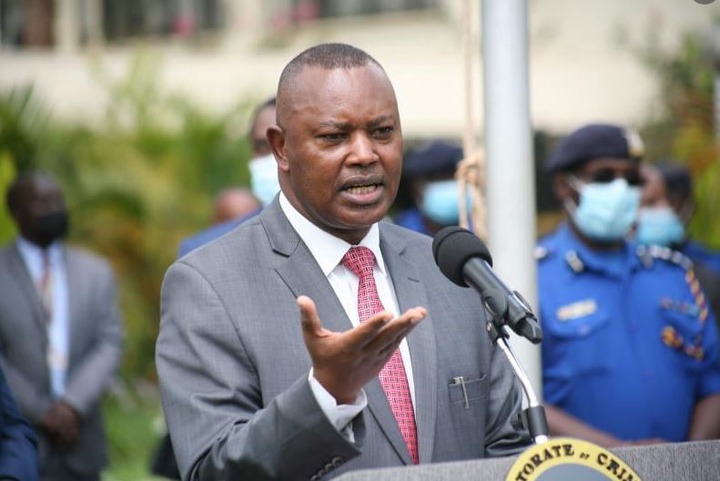 Directorate of Criminal Investigations (DCI) George Kinoti was sentenced to 4 months in prison for contempt of court. Kinoti had been earlier ordered to return an array of ammunitions belonging to businessman Jimmy Wanjigi that were seized in 2017.

On failure to do so, Wanjigi later moved to court seeking an order to force Kinoti to return his guns; the order was granted by Justice Chacha Mwita on June 21, 2019. 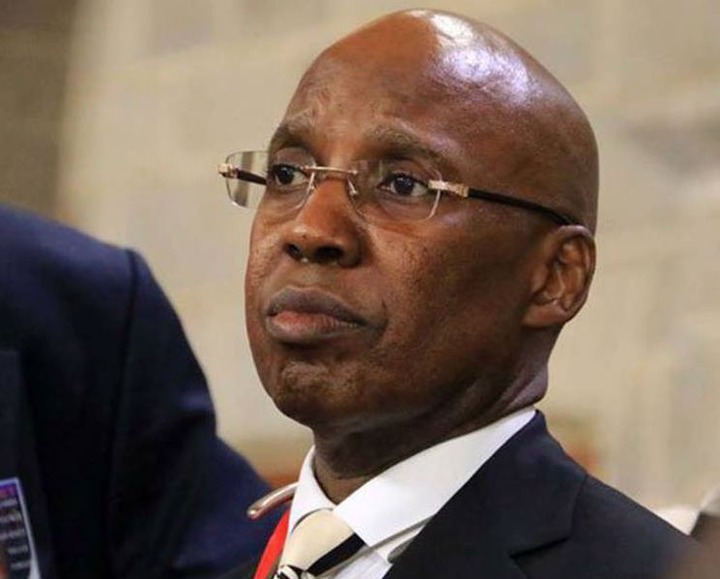 The DCI boss still failed to comply forcing High Court judge Anthony Mrima to sentence him to 4 months in Kamiti Maximum Prison. He ordered the DCI chief to present himself. However, up to now, Kinoti has not presented himself.

Today November 30, 2021, President Uhuru is expected to issue a state of the nation address. However, UDA blogger Dennis Itumbi and renowned lawyer Abdinasir have taken that chance to call for the imprisonment of the DCI boss.

"Today, President Uhuru Kenyatta will be tabling a record of The Rule of Law by Government, as he does that the @DCI_Kenya boss, Mr.Kinoti of @INTERPOL_HQ who has been CONVICTED to serve FOUR Months in jail will still be a FUGITIVE of the Law. #HandcuffDCI," Itumbi.

"H.E UHURU KENYATTA as Commander in Chief of the Armed Forces has a solemn constitutional duty to ensure that former CID Director Kinoti serves his Prison sentence. As his subordinate in the chain of command, the buck stops with H.E Uhuru @StateHouseKenya" Abdinasir. 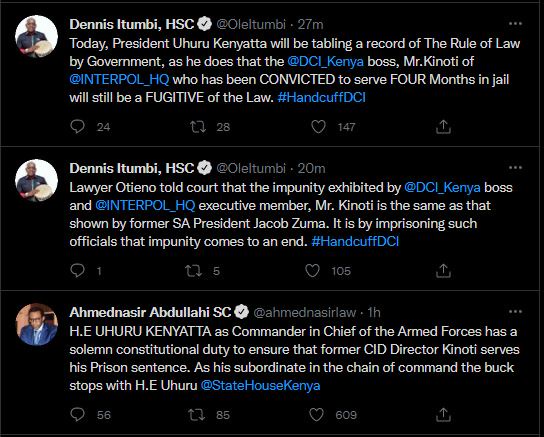