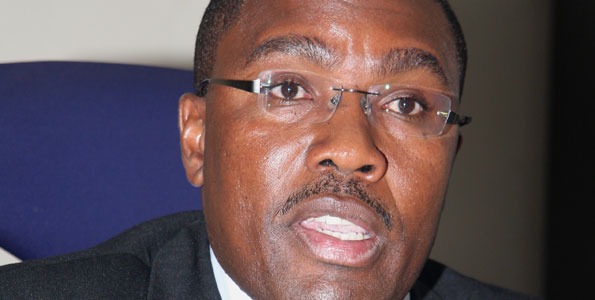 The Kenyan Supreme Court has begun a three day hearing of the BBI appeal which was launched by the BBI proponents after the Court of Appeal ruled that the process was unconstitutional.

Many Kenyans are now waiting for the verdict of the biggest court in the land however there are those who already feel that the Supreme Court may surprise Kenyans. Few minutes after Martha Karua walked out of the Supreme Court in protest of some of the court’s determinations, Kabando wa Kabando said that it is likely that the court may overturn the rulings of Court of Appeal in favour of BBI.

Kabando who expressed his solidarity with Martha Karua on Tuesday said that there is more than can meet the eye on the current conduct of the court. 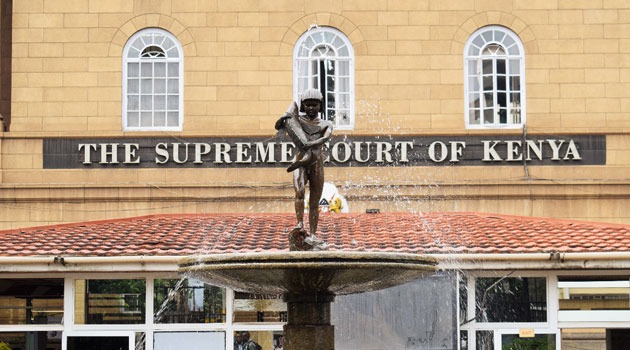 “Fact is not only the exclusion of your clients’ i.e 75th abd 76th respondents but the Supreme Court will predictably trash the globally acclaimed Appeal Court judgement,” said Kabando.

Earlier in the morning Martha Karua had walked out of the court after the court made a decision to exclude her clients from highlighting their submissions. The court had argued that Karua’s clients had earlier joined the case as Amicus Curie (friends of the court) and not as respondents.

“Lawyers sit in court to listen to and respond to arguments and therefore having been denied the opportunity to make oral submissions which reduced us to spectators, we had no reason to remain in court,” said Karua. 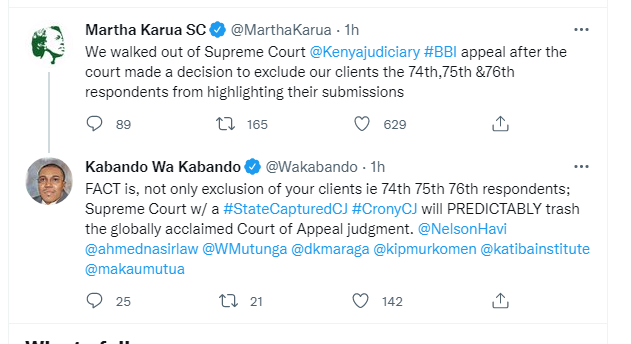 It is just a matter of time before the Supreme Court delivers their judgement on the BBI; will Kabando’s predication come to pass?

Just In; Rigathi Gachagua Reveals The Precious Gift That He Will Give Uhuru After August Elections