Ishishiri girls high school principal who has been identified as Jane Muthoni will on the 3rd of June Know her Fate after being found guilty of murdering her husband. 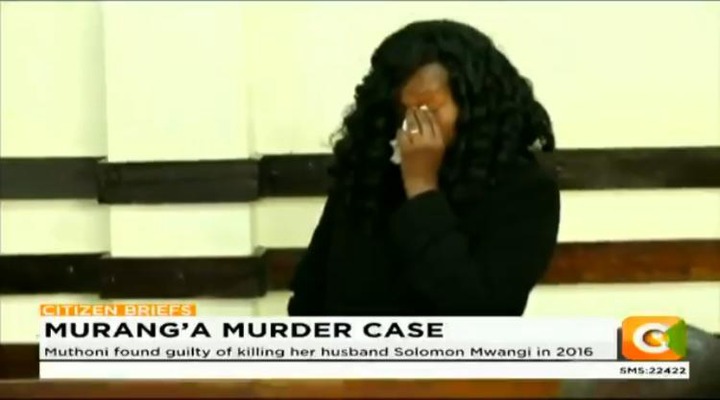 According to the reports given by the prosecutors,they revealed that the deceased who has been identified as Solomon mwangi was found dead several days after he was reported missing.

This was followed by a dramatic scene afte a couple or DCIs launched a search for the possible killers and in what might be considered as good news, a couple of suspects were arrested days after the dead body of the deceased was found.

However,after further investigation,The suspect revealed that they had been ordered by the woman who wanted her husband dead under unclear circumstances .

In the latest developments concerning the case,the prosecutors have asked the judge to make sure they give the two suspects a maximu punishishment for their crime .

In her defense,the suspect has asked the magistrates who are yet to give their verdict to be lenient because according to her,her family has already gone through a lot.

Her plea has however sparked alot of reactions from Kenyans who seemed to have different opinions and suggestions on the matter and while some agreed with her, others went ahead and called her our for playing victim despite the fact that she had been found guilty. 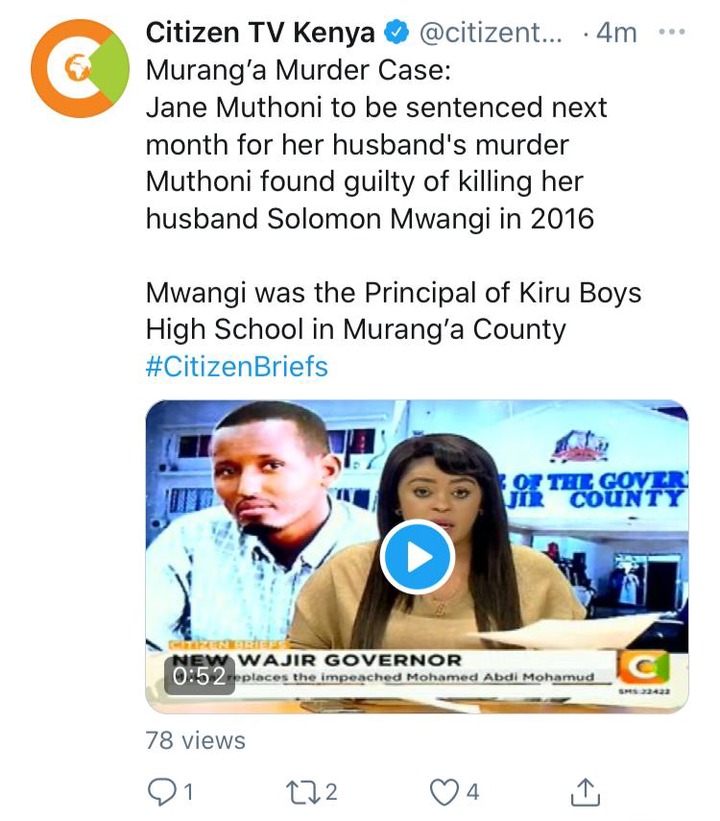 SAD: Rogue Man Murders Two People On Of Them Being A Pregnant Lady For This Reason

Confirmed, Former Gem MP Jakoyo Midiwo To Be Buried Over The Weekend

Three Traders Killed on the Spot in Yatta Grisly Accident

Old Man Touched The Parts of a Young Girl Before Forcefully Sleeping With Her, He Left Her Pregnant

The Surprising Facts About Inheritance Under Kenyan Law