By statehousetimes (self meida writer) | 1 months 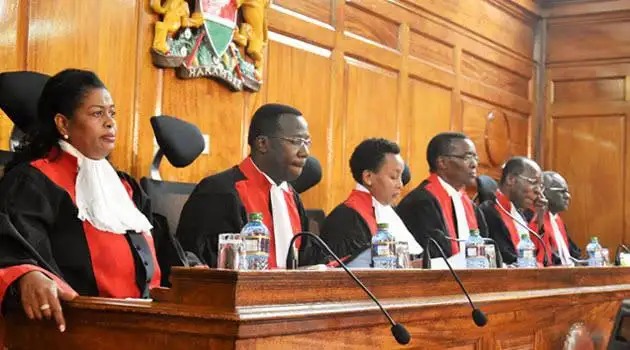 The interior cabinet secretary Dr Fred Matiang in line with Inspector general of police Hillary Mutyambai have been Urgently called by the association of advocates and lawyers in Kenya. The call Emerges over insecurity threat by anonymous to five bench judges who nullified Building Bridges Initiative.

It's Reportedly the lives of five bench judges are in danger after the recent Ruling of building Bridges Initiative (BBI) in high Court. The Ruling decleared BBI linked to Present Uhuru Kenyatta as unconstitutional, null and void. Judges claimed that more security personnel should be attached to them due to danger of their lives.

Speaking, judges claimed on the threatening incident that happened to one of them whose name was kept anonymous, where unknown individuals were spotted following him at night with a personal vehicle. 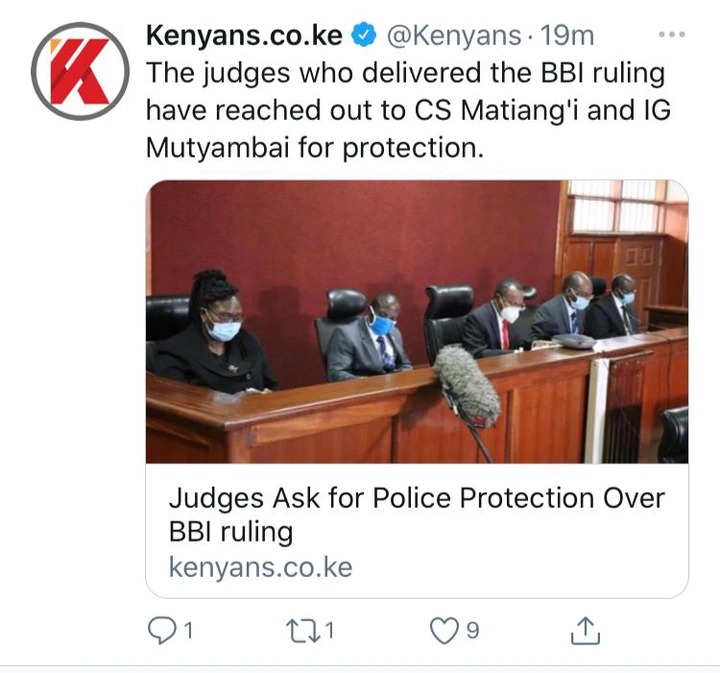 Judges added that they have been receiving threatening messages from unknown numbers over the accusing of nullification of Building Bridges Initiative and linking president Uhuru Kenyatta on the ruling.

However, the attorney general Paul Kihara Kariuki and Solicitor general Kennedy Ogeto had filed an appeal in court of appeal to challenge the high court Ruling on Building Bridges Initiative (BBI).

DP Ruto Delivers Bad News to Murathe, Tuju and Dzuya, Reveal Plans To Exit From Jubilee and Do This